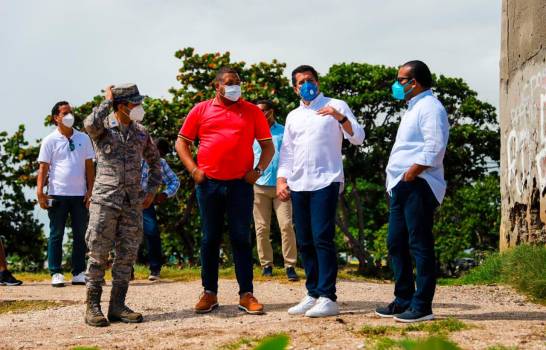 San Pedro.- Tourism Minister, David Collado, visited, for the second time, the province of San Pedro de Macorís to supervise the works carried out in the historic center of the eastern city, which will be ready by the middle of next year.

Accompanied by Mayor Rafael Ortíz, Collado visited San Pedro’s seaside avenue, where he announced his support for the renovation work of the entire area, in conjunction with the mayor’s office, with a contribution of RD$30 million.

The renovation of the boardwalk, which borders two tourist provinces of the Eastern region, will strengthen the tourist offer of San Pedro.