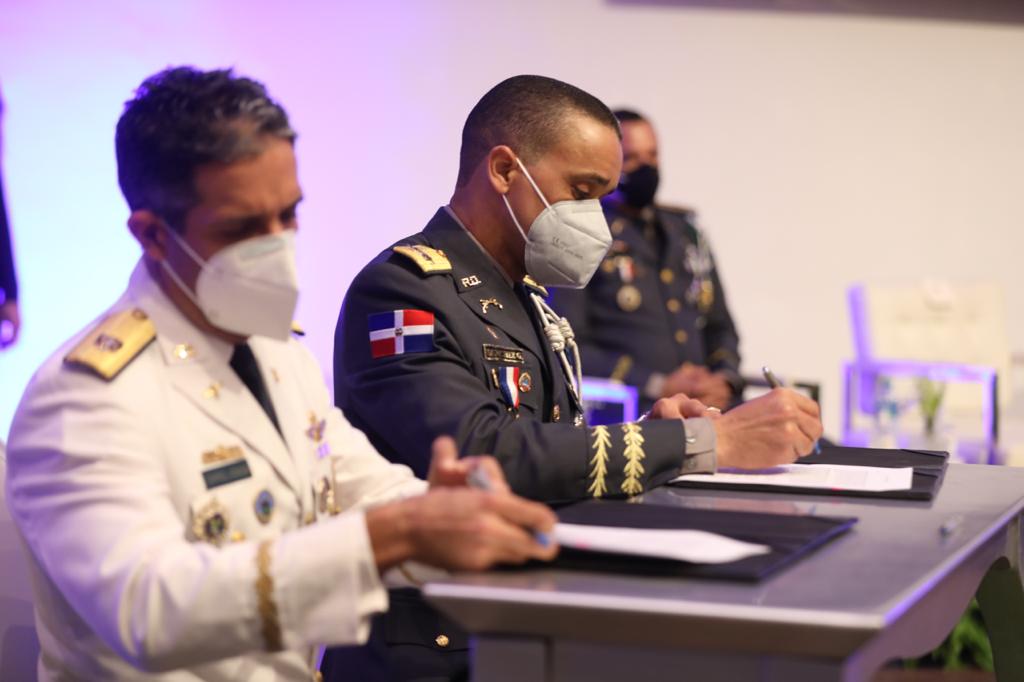 The National Police and the Specialized Tourist Security Body (Cestur) signed an inter-institutional agreement where they commit to providing mutual support for agents’ training and thus provided better service at a general and tourist level.

The signing was attended by President Luis Abinader, who highlighted the interest of promoting similar agreements with the Ministry of Tourism (Mitur), which he assures, allows public administrations to coordinate resources and cooperate to make improvements at this level.

“The main objective of this project is that the Police Institute of Education can carry out its activities of the graduation ceremony, talks and conferences to potentiate the level of responses in the development of its functions, which will guarantee better results in the fight against common and organized crime and consequently, maintain the climate of peace and security that our citizens demand,” highlighted the head of government.

On his side, the Minister of Tourism, David Collado, said he was proud to be fulfilling the President of the Republic’s vision, in the continuity of the State and the interest to continue training the agents.

“With the signing of this agreement, we will be able to strengthen the vision and intelligence of the Cestur and, together with all the military organizations, also strengthen the tourist poles of the country,” he said.

He thanked President Abinader for the firm support to the sector, and with it, to the more than 500,000 Dominicans who live from tourism.