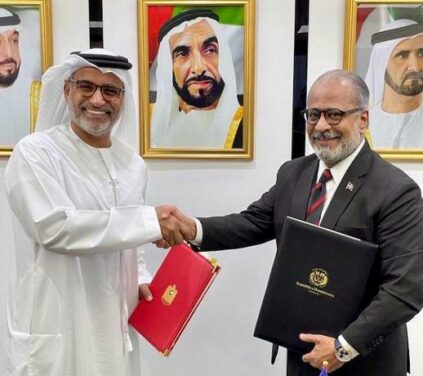 The Dominican Republic and Dubai signed an amendment protocol for air services between both nations to develop actions to promote and promote air traffic.

According to a press release, the Civil Aviation Board ( JAC ) explained that the agreement also seeks to promote the Dominican Republic as a tourist destination and strengthen cooperation ties with other civil aviation authorities in matters of commercial aviation services.

In this sense, the president of the JAC, José Marte Piantini, described the signing of said protocol “as a significant advance” for the national air sector and explained that promoting the country’s air transport with other nations positions the strategic importance of the territory Dominican.

He stressed that the agreement would also strengthen new opportunities that contribute to the country’s economic growth, promoting the quality of air transport service to and from the Dominican Republic.

The document was signed by Marte Piantini and the Director-General of the Dubai Civil Aviation General Authority, Saif Mohammed Al Suwaidi, and authorities from the sector from both countries.

During the development of the “Dubai Airshow” event, the JAC delegation met with representatives of Etihad Airways, the national airline of the United Arab Emirates, for the approval of the Code Share Agreement signed between Air Europa, dated January 19, 2014, through which they can carry out a series of seasonal operations on the Madrid-Santo Domingo and Madrid- Abu Dhabi route.

In this agreement, Air Europa is the effective operator and Etihad Airways, the market operator; The final approval was through Resolution 248-2021 dated October 27, 2021, with whom progress was made in the process for the establishment of an airline in the Dominican Republic that can embark and disembark passengers, mail and cargo.