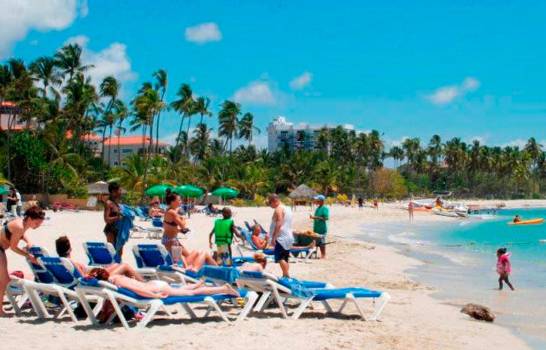 85% of travelers entering the country are vaccinated against COVID-19

The nationalities of tourists visiting the Dominican Republic in the current pandemic are not the same as a year ago. Last year, the United States dominated with 70%. Since then it fell to 39%, and those from Russia have increased numbers, with 11%, and those from Canada with 10%.

The variation in nationalities has been caused by the elimination of mobility restrictions established by the countries that send tourists.

Canada removed the measures on July 5. In that month alone, 5,165 Canadians came to vacation, and in November, they increased to 45,533. As a result, that country once again positioned itself among the three main emitters of tourists to the Dominican Republic. But it still needs to exceed the 2019 figures. In November of that year alone, 68,442 Canadians arrived by air.

The data on the tourist flow until November 2021, shared by the Ministry of Tourism, also highlights that after Russia removed the restrictions last August, 6,818 Russians arrived in that month alone and 47,440 in November.

Germany eliminated them last April and experienced sustained growth, allowing 22,683 Germans to arrive in November. And the UK, which lifted the measures in recent October, sent 3,601 tourists to the Dominican Republic the following month.

The Ministry of Tourism boasts a recovery of 73% of tourists compared January-November 2019 with 2021, when 4.2 million non-resident passengers arrived by air in the country. In November alone, these visits generated US $ 575 million in foreign currency, reports the Government.

The president of the Canadian Dominican Chamber of Commerce (Canchamrd), Gustavo de Hostos, recently predicted that by 2022 there would be a greater dynamism of business relations between Canada and the Dominican Republic due to the increase in Canadian tourists and a future visit from a commercial mission of Creole business people.

How long do they stay?

More than half of the tourists who arrived in the Dominican Republic in November were between 21 and 29 years old, and 51% were women.

When a tourist visits, they stay for nine nights, on average. And 73% stay in hotels, second in private properties, and third in rentals through the Airbnb platform.

The Ministry of Tourism reports that 85% of tourists entering the country are vaccinated against COVID-19.

Due to fast rising Covid-19 numbers in Canada , I can see an end to tourist air travel with increased international travel restrictions very soon.

Let the Russian woman in please
We need some of that 🤷🏻‍♂️

Notice they are comparing to 2019 when numbers were in the toilet due to rumors of tainted alcohol and a woman getting beat up? Why not compare to 2018 when things were normal?

love to russia from the dm