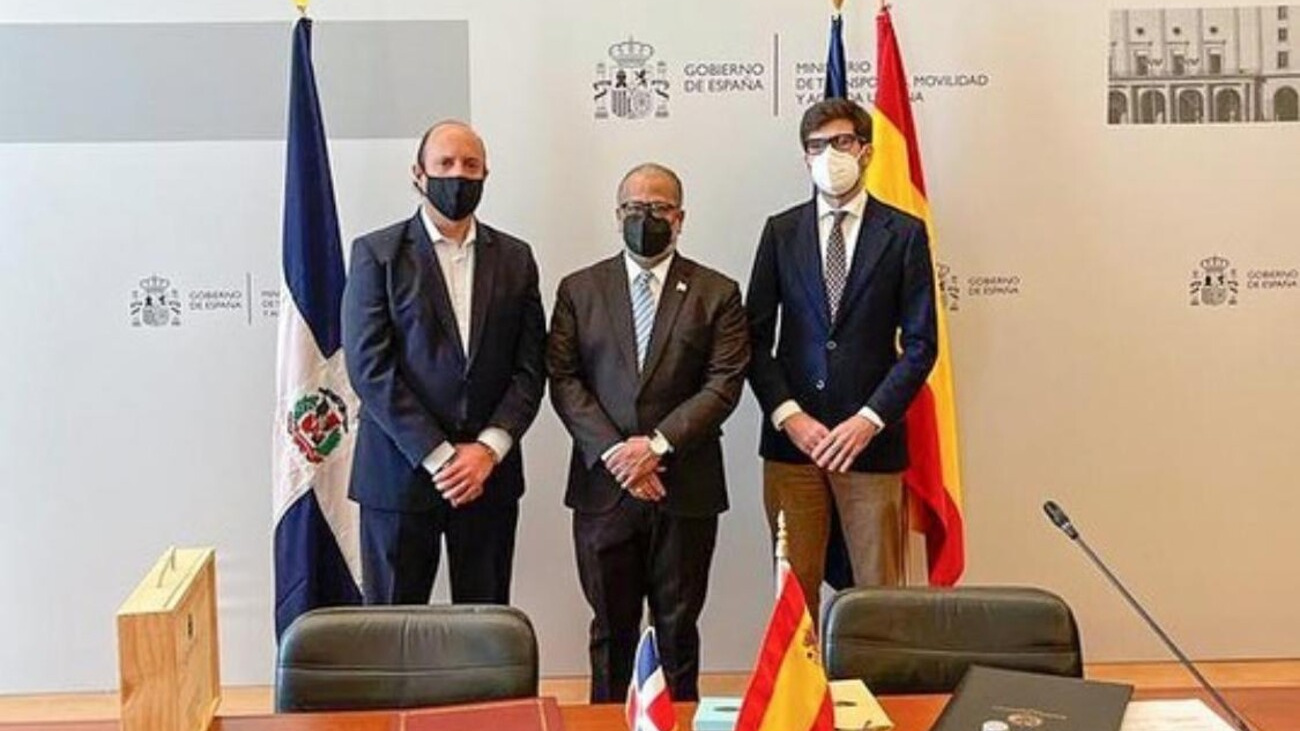 Madrid.– As part of the 42nd edition of the international tourism fair Fitur 2022 and with its participation as a partner country, the Dominican Government signed an agreement on air transport between the Dominican Republic and Spain, with the aim of promoting development and sustained growth of tourism and investment in the country, the Civil Aviation Board (JAC) announced.

On behalf of the Dominican Republic the agreement was signed by JAC President José Ernesto Marte Piantini, and by Spain the General Director of Civil Aviation, Raúl Medina Caballero, who updated the legal framework that provides coverage for air links between the two countries, adapting it to current regulations.

The Civil Aviation Board president pointed out that this agreement, which had been pending signature for 12 years, is the product of the review of bilateral aviation relations between the two countries. The updated document replaces and updates the air transport agreement signed 54 years ago, exactly on March 15, 1968.

Marte Piantini stated that, for the Dominican aeronautical sector, Europe is very important. In fact, it represents 18% of the total market and is the second busiest region, after North America. “In the European market, Spain has historically been the most active, with more than 600,000 passengers transported in 2019,” said the president of the body that regulates Dominican aviation.

At the end of the signing of the agreement, the JAC president also highlighted that since 2018 the civil aviation market between Spain and the Dominican Republic has been 99% from and to the city of Madrid.

Of the total Spanish foreign investment, 55% is dedicated to the tourism sector in the Dominican Republic, distributed in 24 hotel chains with a total of 98 hotels and 46,142 rooms, which translates into 57.5% of the total available rooms as of 2019 (80,000 rooms).