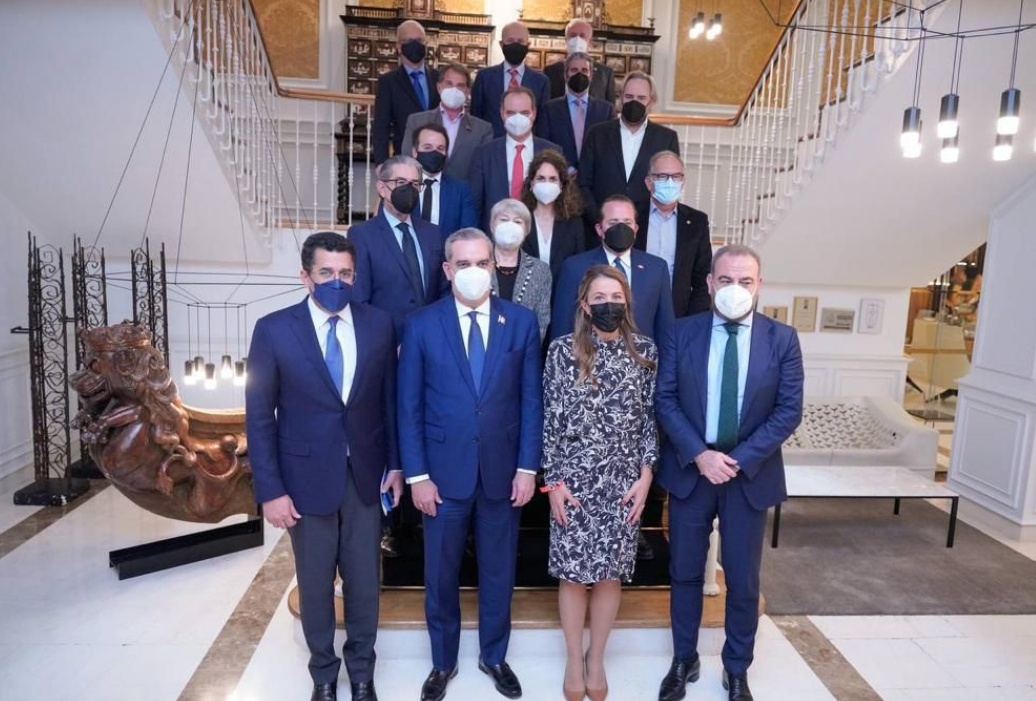 Madrid.– The 16 Spanish families of tourism, as they are known in Spain, owners of the most important hotel chains in that country and who have more than 60 thousand hotel rooms in the Dominican Republic, expressed their satisfaction with President Luis Abinader and Tourism minister David Collado for the work done in the country for the recovery and relaunch of tourism.

The business group expressed that the Dominican Republic has been an example to the world and that it is the country that has given them the greatest support to achieve an effective recovery and be able to successfully rehabilitate their operations, as well as all the jobs that had been lost in the pandemic.

These families, who have investments in different countries such as Mexico, Cuba, Jamaica, Spain, the United States, among other destinations, indicated that the Dominican Republic has been the example to follow and where they have been able to recover faster.

Collado expressed that such a success has been achieved thanks to the public-private partnership that has been carried out through the Tourism Cabinet, headed by President Luis Abinader.

Spanish businessmen and businesswomen also informed the authorities that as of today they have more than 5,000 job vacancies in the Bávaro-Punta Cana area; they recognized that this is because the Dominican market recovered very quickly and now they have to hire personnel again.

Abinader appointed a commission to meet these employment needs, in which, in addition to the Tourism minister David Collado, there will be Labor minister Luis Miguel Decamps, and the director of Infotep, Rafael Santos Badía.

Hmmm the DR was justed added to cdc’s list as places not to travel because of high covid.

Nobody cares about CDC travel alert

I think you are speaking for yourself only. Mr. Martinez.

Aly, even the United States is on the CDC’s list of places not to visit because of high COVID as you so eloquently and intelligently stated. Pretty much the whole world is on the list. So it’s cool to stay home and not go anywhere but don’t go trolling good articles that are trying to talk about something positive in a nation that is growing.

Who cares about the CDC. They are bought and paid for. I’m going to D.R next month.

We were planning on going to RIU Palace PUJ in Feb and then Apr now due to new CDC we are still thinking. Weve been to RIU POP (now Senator, Playabachata – we still like alot of the people but its not the same. Loved RIU Guanacasta. We want to go to the RIu.

I was just in the DR. They might have high numbers but comparatively to the US with a much higher population, I’m sure it’s almost virtually the same. I also believe it’s political BS to keep Americans in the US and spending money here to fill the pockets of our politicians

I Want to go to the RIU.

Always be aware of “policies and