Rita Cabrer, pioneer of the Dominican tourist press, dies at 87 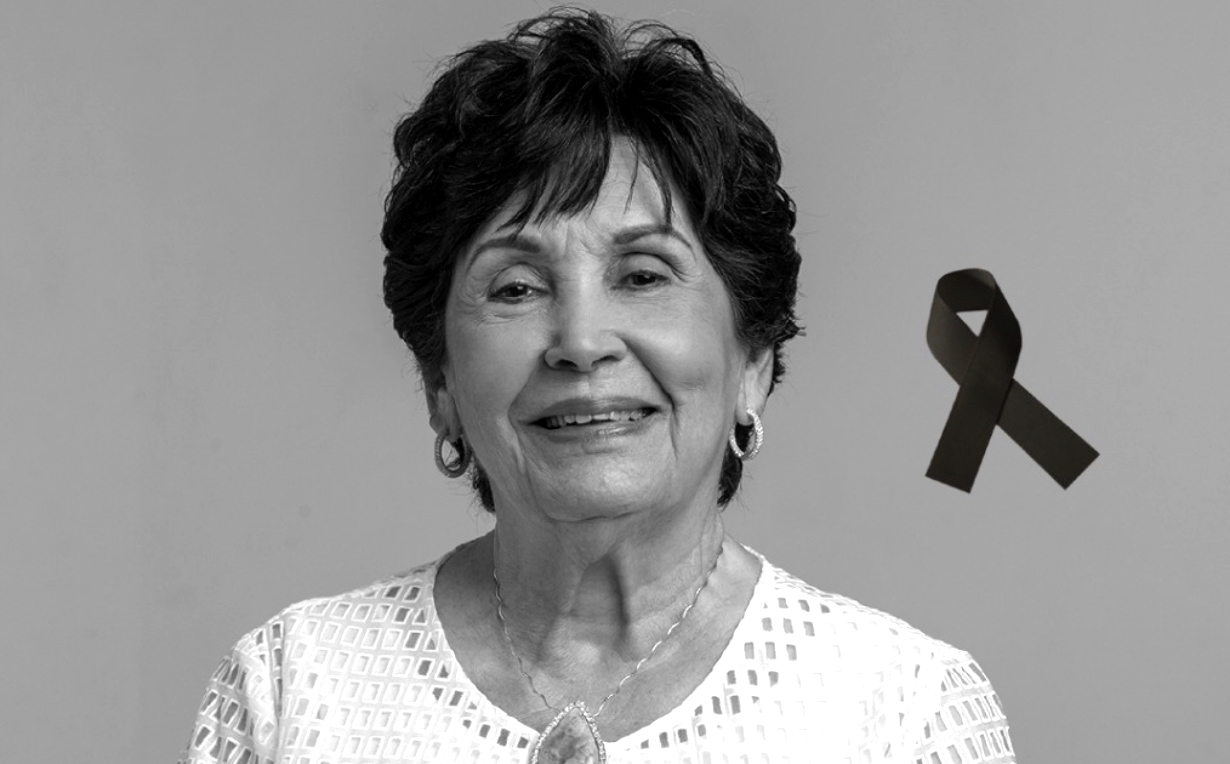 Santo Domingo.– Rita Cabrer Botello, editor-in-chief of Bohío magazine and other editorial products of Ediciones Cabrer, pioneer of the Dominican tourist media, died last night at the age of 87, in Miami, United States. Since 1966, this exceptional woman had been involved in promoting the attractions and virtues of our destination, which has contributed to making our country the undisputed leader in the Caribbean today.

The entire Ediciones Cabrer team, led by her grandson and executive director Reynaldo Caminero, who has accompanied her side by side for the last 29 years on this path of tourist communication, deeply regrets the loss of one of the greatest visionaries of the country’s tourism sector.

Rita Cabrer was the founder, together with the also deceased Luis Augusto Caminero, of the Dominican Tourist Press Association (Adompretur), in 1977, an entity that she chaired from 1988 to 1990; of the National Tourism Guide of the Dominican Republic, La Cotica, in 1984 –published today in 11 languages–; and other publishing products that revolutionized the sector.

With an affable manner, always with a smile –even in the face of adversity–, and owner of a particular charm that revealed her passion for everything she undertook, “Doña Rita,” as she was affectionately known, leaves a void which will be hard to fill due to her extraordinary legacy in terms of media, tourism promotion and human warmth.

Until the moment of her death, she remained active as the editor-in-chief of Ediciones Cabrer, S.R.L, a company she founded in 1996 and which currently brings together the specialized media group of which Bohío magazine has been the flagship for almost 56 years of uninterrupted publication, and to which La Cotica, the Find Yourself regional tourism maps, Tourispedia and the BohioNews.com portal also belong.

Witness to all the technological transitions of the last half century, Doña Rita remained at the forefront with the products she directed. And a tangible example is the printing of the first Find Yourself promotional maps, with an application for IOS and Android that allows the user to enjoy the main attractions of each region through interactive navigation through augmented reality, videos and audio guides in several languages.

Doña Rita masterfully knew how to market the Dominican Republic with the National Tourism Guide, La Cotica, which since it took flight for the first time in 1984, has been the quintessential tool for promoting our destination among wholesalers, travel agencies, tour operators and by the Tourism Promotion Offices (OPT) that the Tourism Ministry (Mitur) strategically founded in more than twenty cities on four continents. With circulation in the main tourism fairs, La Cotica is published in Spanish, English, German, French, Italian, Portuguese, Dutch, Russian, Czech, Polish and Swedish.

Impeccable career path
There are multiple awards and recognitions received by Rita Cabrer in her long and impeccable career. The most recent accolade was from Mercado magazine, in December last year, which included her among the Entrepreneurs of the Year 2021 Allied to the Tourism sector, a well-deserved award for the legacy left and the trends that she established as a contribution to transforming the sector.

Just to mention some of the most relevant awards and recognitions, in 1978 she received in Acapulco, Mexico, the “White Pen of the Tourism Writer” from the hands of that country’s former president, Mr. Miguel Alemán, known as the “architect of Mexican tourism.” In 1981 she was awarded in Germany with the “Timón de Oro International Tourism Award,” from the Senate of Berlin.

In 1984 she received in Madrid, Spain, the “Medal of Honor” awarded by the World Tourism Organization (UNWTO), “in recognition of her merits in the field of international tourism.”

Dominican tourism is in mourning
The members of Ediciones Cabrer, as well as those who had the opportunity to meet her inside and outside the tourism sector, will miss her contagious enthusiasm, her wisdom and her lucid criteria. Her staff members expressed her commitment to continue her ideals of seeing the thriving Dominican tourism sector strengthen.

From the great lady of Dominican tourism journalism we will miss her assertive pen, with which she expressed herself in each Bohío edition from the pages of her editorial “From my desk,” a space where she wrote her ideas on current issues of vital interest to the sector, while raising awareness to call for action or recognizing the praiseworthy initiatives of the main actors in national tourism.

The veteran journalist is survived by her daughter Roxanna Caminero de Bonarelli and her husband Gaetano Bonarelli, eight grandchildren and 17 great-grandchildren. In this difficult moment of pain, we express our heartfelt condolences to her relatives and to those who also had the immense privilege of knowing her. Rita Cabrer Botello was synonymous with love and dedication to others, and that’s the way she will be remembered.