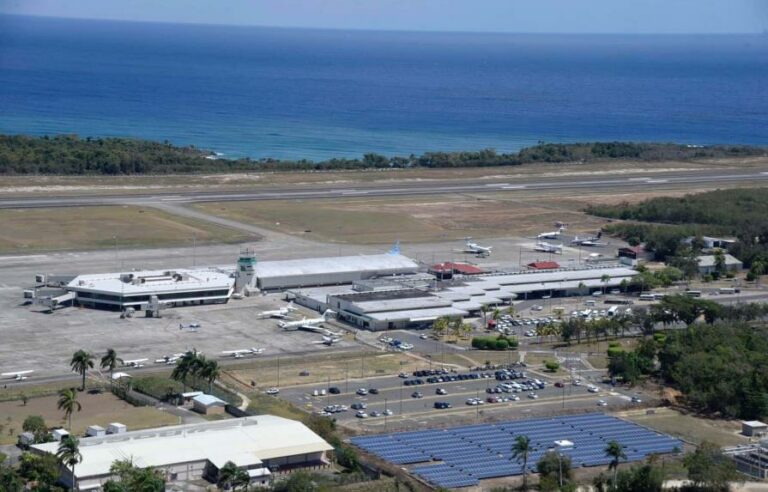 From following Monday, May 9, to Friday, May 20

Aeropuertos Dominicanos Siglo XII ( Aerodom ) reported that air traffic would be suspended for ten days at the Gregorio Luperón International Airport in Puerto Plata because runways 08-26 will undergo a remodeling process.

“The works are scheduled to be carried out from next Monday, May 9, to Friday, May 20, during which period only helicopters will be able to carry out their operations,” the entity said.

After analyzing traffic flows, the company explained that the dates chosen to carry out the remodeling process were selected. These are the two weeks of the year in which the lowest flow of passengers has historically been received.

“Aerodom has been working together with the airlines and tour operators that operate in the terminal, with the interest of guaranteeing a minimum of inconvenience to passengers during said period,” the company said.

He explained that the work to be carried out seeks to extend the useful life of the runway, improve the operating conditions of the aircraft, and correct the leveling of the central section of the runway, according to Diario Libre.

Aerodom said that the remodeling of the runway would be a large-scale construction project, which implies an investment of more than 260 million pesos.

From the company, they indicate that the works will allow continued expansion of the connectivity between Puerto Plata and Europe.

How freaking inconvenient for the visitors and Dominicanos who booked flights into POP during this time. Was it something in the plans for a future and then changed to May 9th to take advantage of the land transport delays because of the bridge failure between Puerto Plata and POP?

Murphy’s law at its best.

It’s been in the works for months. West jet has had these dates blocked out as unavailable for some time

Stop being a Ken. It was pre-planned and its for safety

That’s exactly what I said to myself.what a convenient coincidence

I booked back in early February and JetBlue changed my return trip to fly out of STI. No worries. Chill Paul. It’s gonna be alright.

I was wondering the same thing since I’m due to land there on May 20th and the airline still has a flight as a go. Maybe they’re opening up on the 20th again

So where will we land on May 20

So my flight from POP to Newark is on the 20th if May, it doesn’t specify if the airport reopens on the 20th or the 21st. I must call my airline

I booked a flight for the 20th and I was worried because I don’t want to drive to Santiago, however I checked the NOTAMS and the airport will be closed only from 00:00 to 06:00, a process that is normal in many airports around the world. That news is really confusing.

I also have a flight from Puerto Plata to Toronto @9 30 pm , will the airport be open by than .