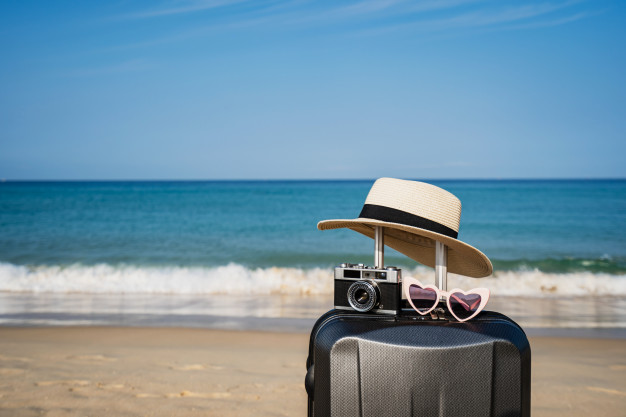 Applies to purchases of products over US$100

The initiative strengthens the competitiveness of the DR as a tourist destination.

The Senate of the Republic approved in the first reading last Tuesday, May 17, the bill on the refund of the Tax on the Transfer of Industrialized Goods and Services ( Itbis ) to foreign tourists, proposed by the senator for the province of El Seibo and vice president of the Senate, Santiago José Zorrilla.

The bill provides for the return of the Itbis to non-resident tourists in the country who make purchases of domestic or imported goods and establishes sanctions for those who falsify information to benefit from the regulations.

Likewise, it clarifies that the Itbis will be returned to tourists who make purchases of nationally produced or imported goods greater than 100 dollars.

For the approval of the initiative, in its study work, the Senate’s Permanent Commission on Finance listened to officials’ opinions from the Ministry of Finance and the General Directorate of Internal Taxes ( DGII ) on the bill.

What a bunch of bull! The country will lose hundreds of revenue! And these tourists use our roads, airports, etc. They need to pay their fare share! This new government is nothing but full of higher-class Dominicans and business people.

Wrong. The tourist are why you are not living like Haiti . Eliminating the tax will increase their spending on your goods.

So, tourists don’t go to Haiti? Is that why Haiti is so poor? Smfh. Laughable!

Barley, nobody wants to go there. DR is the most popular Caribbean tourist spot. Lowering taxes will only attract more people to DR.

Ignorant comment from someone who obviously knows very little about Caribbean Island travel statistics or numbers.

They avoid Haiti like the plague. The DR was one of my more fond places to visit in the Carribean. The non tax or duty free status will turn your country into a highly competitive seller of goods. You can get the taxes from room fees and port fees and restaurant tax. The only place I bought rum was the DR and I got a bottle of Mexican tequila at a great price. This money goes directly to the people. We are restricted on what we can bring back so it’s not like it’s major profereering. But if a bottle of rum is 8 bucks in the DR and 15 in Aruba, I’m buying it in the DR.

It is working in all of Europe and other countries. Tourists are know to spend more and come to places that they think it is a “sale”! Even the US government allow states to decide it. Florida, Texas… all give incentives with state income taxes.

So you believe tourists contribute nothing to the economy? What exactly do you think has kept the economy afloat especially these last two years?

I can’t believe your comment. The government makes TONS and TONS of money on all imported goods as well as restaurants and all retail stores which is not spent on anything to improve the quality of life or the infrastructure of the country. The money goes to line the pockets of those in power. No other country charges the exorbitant taxes or fees that this country charges foreigners or locals for regular purchases let alone the robbery that goes on if they choose to purchase online and have it shipped here. In addition, banks charge rediculous fees with little benefits and you have to worry about being ripped off every time you walk out the door. The government is trying to attract trourists and keep them here since so many got fed up with the crap and stopped coming and began selling off their property.

12
Reply
Felix Sosa "The Gringo Who Spends"
Reply to  Tavaro

It’s purpose is to push spending from foreigners, not to be unfair to citizens. This country would drift off into the sea without foreign spending and visitation. Value your guests and how they keep your economy afloat instead of citing your personal propaganda against your well-meaning government.

I have more than paid my fair share I. The last 5 years. More than probably 90 percent of Dominicans.

They simply trying to get tourist levels back to pre-covid levels. They are losing more by not having the tourist numbers up,, and they can always change it back later. 🤔What’s your plan? Exactly, you don’t have one.

We also have a choice to use roads, airports etc somewhere else. I spend more in a week in your country than most Dominicans spend in 6 months. So don’t say I don’t pay way more than my fair share in taxes.

Que? The administration is cutting off corruption. Corruption feeds from tax revenue. Since they are limited to eradicate it, they cut off the money. Now more tourist money will go directly to workers and local services. The government will actual get more tax revenue by large numbers of tourist buying and selling. Those tourist will need dentist, painters, electricians, housekeepers, delivery people, car salespeople..etc.. instead of multiple tax streams for people to steal, the are reducing them to a handful so they can be better manged and monitored and continue bringing DR into the modern world.

Tourists will spend the same amount while they are visiting. Would you not rather have that money in the pockets of the people and the vendors, not going to the government. You should thank them, not ridicule. Or go to the countries where they take many many times more of your money, and use it eleswhere.

Would everyone abide by the rules?
Doubtful!

Why even bother to do this when we know that many business owners would not comply with it and it is a bit discriminatory because it says that the tourist must spend over 100.00USD in order to receive the credit and the other part is how is this going to be track and implemented.

They should just lower the itbis to 10% for everyone. Easier to implement.

Please share how to apply this? Save receipt and pay at airport? please assist?

People, most tourists won’t take the time to do the paperwork that will be need it to get the refund. And is only worth the time if you make a large purchase. Just like is in England.

Fix the power outages! It is utter ridiculous that such rich country in this day and age still has power outages.

I am still not sure what do tourist dollars pay in this country? Every time I go to visit family, the streets, people and cost of goods are getting worse. Middle class people cannot even aspire to own a home because everything is so expensive. Beaches are all privatized, I am not sure how millions of tourist actually help Dominicans.