U.S. Embassy: Traveling to the Dominican Republic is more expensive because it lacks an open skies agreement 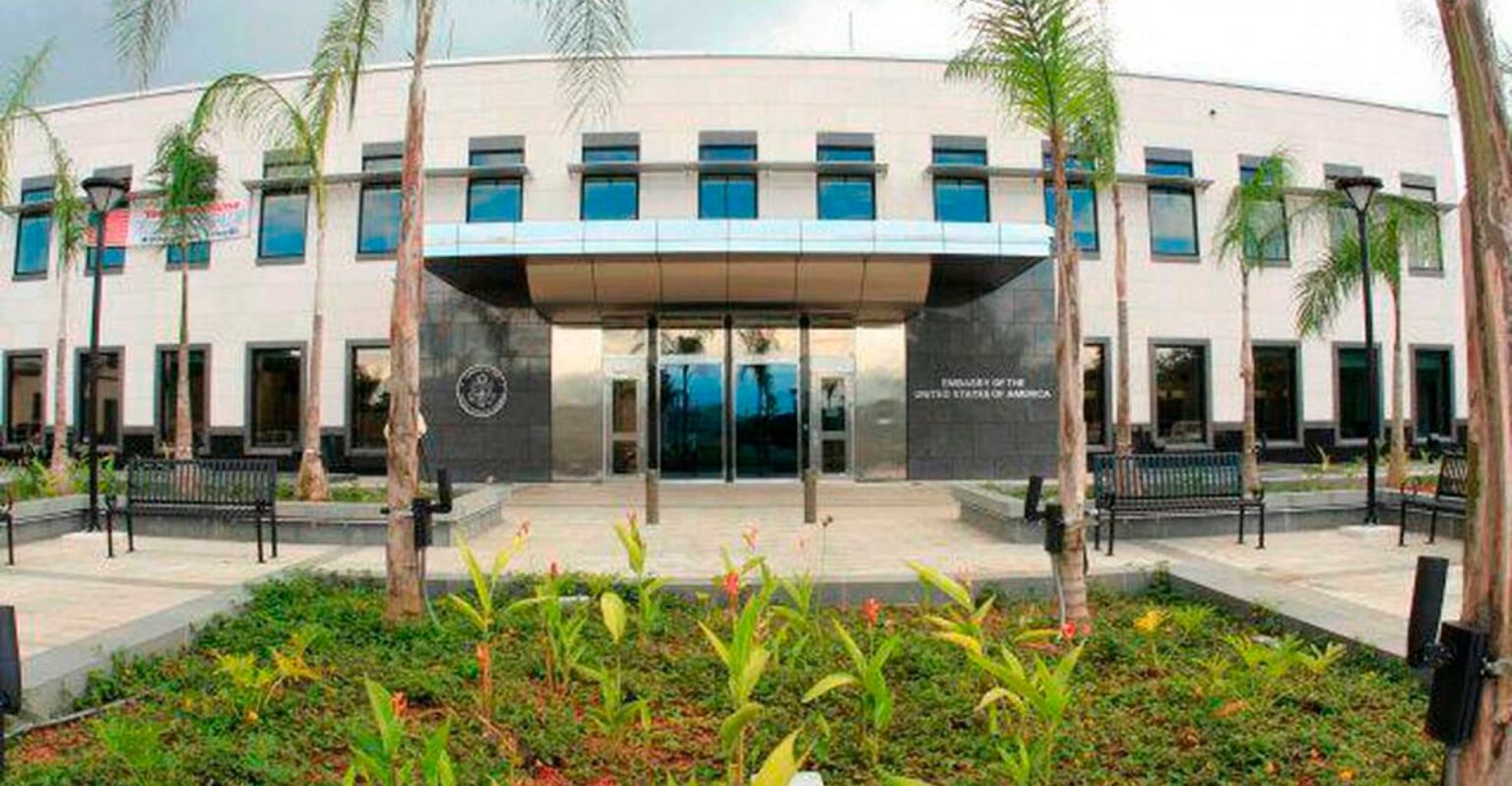 The Chargé d’Affaires of the US Embassy in the Dominican Republic, Robert W. Thomas, assured that travel is more expensive because the DR does not have a modern “open skies” aviation agreement with the United States.

He explained that this means fewer options for travelers and limitations to competition among airlines, costing the user more each time they buy a plane ticket.

In a letter on the open skies agreement, Thomas acknowledged that after several years of stalemate, there may now be an opportunity to sign a contract, thanks to the fact that President Luis Abinader made known his commitment to finalize negotiations, “and has demonstrated his willingness to open the aviation sector to competition, even despite the existence of certain interests.”

He applauded Arajet’s new low-cost service plans to several US destinations, conditioned to the signing of an open skies agreement between both nations.

In this sense, he assured that the United States is willing to collaborate with Abinader’s administration to celebrate a modern agreement that would bring more flights, with more options, at more economical prices, which would represent a long-term growth of tourism options for those visiting the DR.

Robert W. Thomas referred to this sense when writing a letter in the framework of the 30th anniversary of the US Open Skies policy.

Full letter
If you are considering traveling to the United States, you have probably noticed that airline ticket prices have risen sharply in recent months. The most common culprits for this phenomenon are increased demand, rising fuel costs, and the ongoing economic disruptions created by the COVID-19 pandemic. But there is one explanation you may not be aware of: lack of competition.

Travel is more expensive because the Dominican Republic does not yet have a modern “Open Skies” aviation agreement with the United States. This means fewer choices for travelers and limitations on competition among airlines that cost the user more each time they buy a plane ticket.

The United States seeks to have an open-air relationship with its partners and, to the extent possible, to establish pro-competitive agreements that allow air carriers to offer various services tailored to their passengers’ needs without restrictions on the number of flights or destinations.

Under an Open Skies agreement, airlines can offer consumers more affordable, convenient, and efficient air services by minimizing constraints on airline decisions about routes, number of flights, and airline alliances. As a result, these modern aviation agreements favor consumers, expansion, and competition and allow more international passenger and cargo flights between our two countries.

This flexibility would allow airlines to better respond to the market and serve the destinations travelers demand. For example, Dominican travelers could fly nonstop to more US destinations beyond the typical New York and Florida routes, including less frequented US cities that are also home to large Dominican communities. Likewise, US travelers could benefit from more nonstop options to the Dominican Republic instead of worrying about long connections at other airports, spend more time with their families, enjoy the beauty of this country and boost tourism revenues here in the Dominican Republic.

Since 1992, the United States has established Open Skies agreements with more than 130 allies, including small and large countries such as the Bahamas, Curacao, India, Japan, and Spain, to name a few. The Dominican Republic has also signed similar aviation agreements with Panama, Brazil, and the Netherlands. These agreements bring innumerable benefits: they stimulate the creation of high-quality jobs and economic growth and promote increased travel and trade.

According to a 2016 study by the Brookings Institution, Open Skies agreements have generated $4 billion in annual gains for travelers and an average 15% decrease in fares. It is time for the Dominican people to enjoy the same benefits, which can be provided through a modern aviation agreement with the United States. The time has come for our countries to formalize such an agreement.

After several years of stalemate, we may now have the opportunity to sign an Open Skies agreement. President Abinader has publicly announced his commitment to finalizing negotiations and demonstrated his willingness to open the aviation sector to competition, despite specific interests. In addition, a new and innovative national airline has announced plans to launch new low-cost services to several destinations in the United States, conditioned, they claim, on the signing of an Open Skies agreement between our two countries, a service that the United States would consider as a positive outcome of Open Skies.

On this 30th anniversary of the US Open Skies policy, the United States is willing to collaborate with President Abinader’s administration to enter into a modern agreement with the Dominican Republic. This agreement will bring more flights with more options, to more cities, at more affordable prices. More affordable visits to friends and family and long-term growth of tourism options for those visiting this country: a win-win for all travelers.

Airports especially in Punta Cana(only privately owned in western hemisphere) have outrages taxes, more then half of ticket price is going to them…”open skies” means nothing…Margins will be even smaller once fierce competition( big airlines will put out of business low budget one’s, do to their “deeper pockets”)takes place…At the end travelers get to pay for their greed…!!!

Agreed. In the New York market at least, there’s no lack of flights causing ticket prices to be so high. Between JetBlue, United, Delta and American there’s over 20 flights per day. The real bogeyman here are the taxes the DR levies on a air ticket – over half the cost. You can fly from New York to most any Caribbean, Central or upper South American destination for less than a ticket to the DR. If the authorities really want to bring down the cost of a ticket, they know where to look. It’s a matter of political courage because part of that tax money is probably greasing someone’s palms or politician-owned businesses.