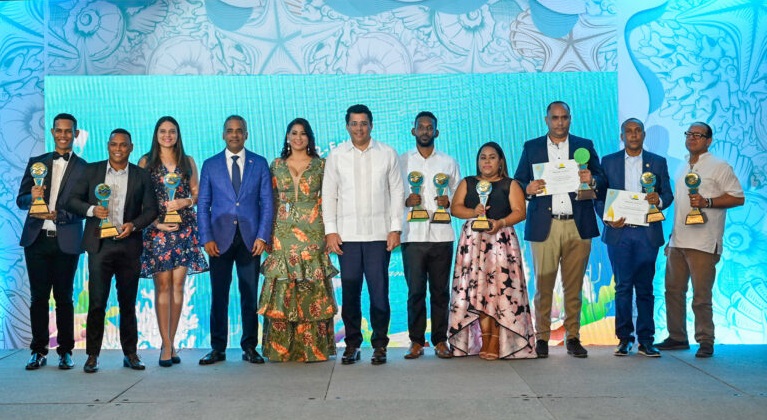 The Minister of Tourism, David Collado, highlighted the work of the tourism press and its essential role in promoting the Dominican Republic.

“We firmly believe in the tourism press and their hard work, a constructive press where the landscapes and essence of the Dominican Republic are highlighted, Adompretur is an institution in which we firmly believe and we congratulate the effort to make these awards,” he said.

His statements were offered at the ceremony of the XVIII edition of the Epifanio Lantigua National Tourism Journalism Award (PEL) 2022, held by the Dominican Association of Tourism Press (Adompretur).

Collado reaffirmed his support for the industry that generates jobs and foreign exchange. He also congratulated the journalists who promoted the country’s attractions with their reports.

Meanwhile, Yenny Polaco Lovera, president of Adompretur, stressed that “we reward journalists and communicators who invest their time in highlighting the tourist beauties, the existing needs and why not, the denunciation of irregularities in the sector to make them visible to the authorities, always attached to the ethics and duty of the tourism journalist.”

He acknowledged the support of the Ministry of Tourism (Mitur) directed by David Collado, the Banco Popular Dominicano, and the Hotel Barceló Santo Domingo, which, together with other essential sponsors, have trusted in the project that exalts good tourism journalism.

Photography: Jorge González for his sequence of photographs taken in the Colonial City, El Morro, and the Sendero de las Cruces, published in the newspaper El Nacional.

Specialized media: El Nuevo Diario newspaper and its director Persio Maldonado, who was represented by Jaime Rincón, executive of the media.

Honorable mention: Génesis Paché for her reports on Dominican handicrafts, published in the newspapers El Tiempo and Bavaronews of Bávaro.

Special Recognition
Ventura Serra and journalist José Rafael Sosa for their constant support of the Award and the initiatives carried out by Adompretur.

Honorable mention to Génesis Paché for her reports on Dominican handicrafts, published in the newspapers El Tiempo and Bavaronews of Bávaro.