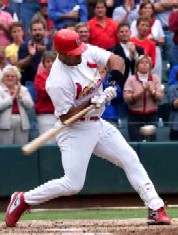 Santo Domingo.- That Major League Baseball games will be played in 2020 seems less likely today than just five days ago and it is not that the World Health Organization reported this week that COVID-19 would have a major outbreak in the summer or that they have been ruled out all vaccine or medication options to deal with the disease.

The proposal launched by MLB on Monday and sent yesterday to the players’ union contains bones of contentions.

The players do not accept another offer to go to the field than the one agreed on March 26, where they yielded to collect a proportion of the salary based on the amount of play that the calendar based on the 162 traditional games has. In other words, if your contract guaranteed US$10 million in a normal course and only 81 games will be played, payment would be US$5 million.

Dominican baseball players would lose out on US$195.6 million for reduced season.