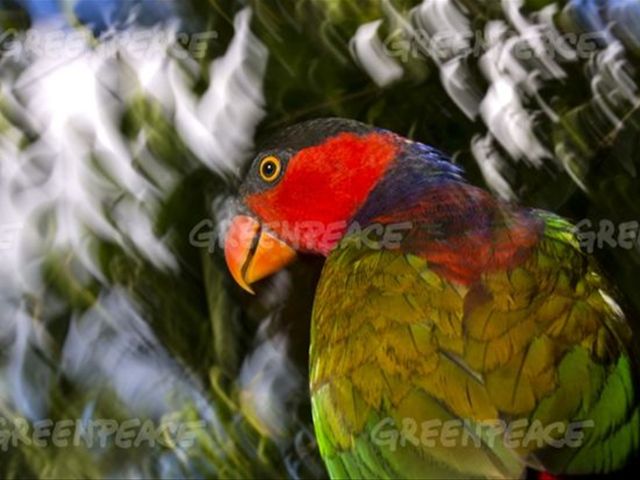 Annisa Rahmawati, Forest Campaigner forGreenpeace Indonesia, said: “Our rainforest is being carved up at a frighteningrate and high street banks all over the world are funding this destruction.HSBC’s commitment to break its ties to destructive palm oil companies is a goodfirst step and Greenpeace will be watching closely to make sure it delivers.This also sends a clear signal that other global banks must follow suit.”

In its new policy, HSBC has made strongercommitments to refuse finance for companies that clear forests and peatlands.If adopted across the banking sector, the policy would play a part in endingthe role of banks in financing destructive palm oil companies.

The new policy will require HSBC customersto: Commit to protecting natural forest and peat by 30 June 2017.

Identify and protect forests and peat in newplantations prior to commencing new development.

Provide independent verification of their NoDeforestation, No Peat, No Exploitation commitments by 31 December 2018.

A shift towards making palm oil financingmore sustainable is long overdue. The rate of deforestation in Indonesia hasovertaken Brazil. Last year, orangutans were moved from ‘endangered’ to‘critically endangered’ on the IUCN’s listings. A recent study estimated that smoke fromforest fires, which are fuelled by plantation companies clearing forests anddraining peatlands, caused more than 100,000 premature deaths across South EastAsia in 2015.

A first critical test for the banking sectorwill be its response to South Korean conglomerate POSCO Daewoo, which ispreparing to clear an area of Papuan rainforest larger than Cambridge. Newsatellite images of PT Bio Inti Agrindo (a subsidiary of POSCO Daewoo) taken on13 January 2017 show an estimated 4,000 hectares of rainforest crisscrossed bynewly constructed roads, a key indicator of imminent plantation development.

Research by Greenpeace Indonesia showed thatin the past five years, 13 banks – including HSBC, BNP Paribas and StandardChartered – have been involved in providing POSCO Daewoo and its subsidiarieswith loans totalling nearly US$3.6 billion and bonds totalling over US$5billion.

“It is clear from these shocking images thatHSBC’s client POSCO Daewoo intends to destroy a vast area of rainforest. Thisis the critical test for HSBC. It cannot in good conscience continue to fundPOSCO Daewoo if it continues to carve up Papua’s rainforest,” said Annisa.

Greenpeace will today be writing to all ofthe other banks exposed by the ‘Dirty Bankers’ investigation to ask what actionthey will be taking, in light of HSBC’s new policy, to ensure they are notfunding deforestation.