Agents seize drugs from Dominican Rep. headed to US mainland 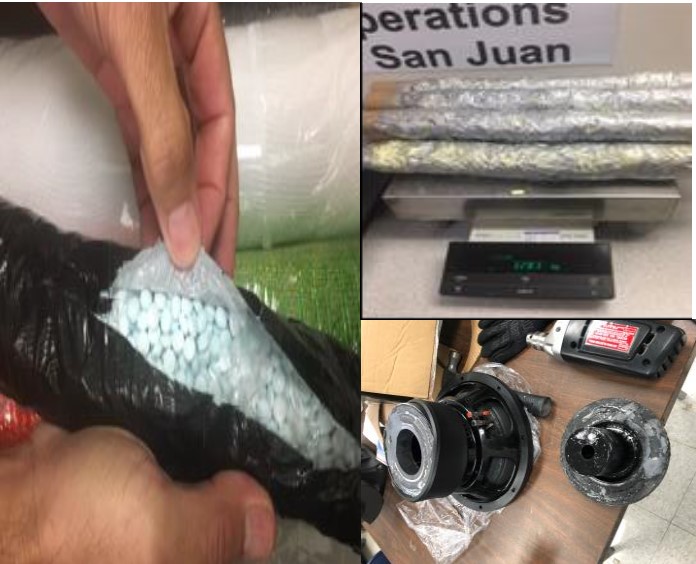 On Feb. 11, CBP officers selected for inspection several packages at the air cargo facility at the Luis Munoz Marin International Airport, where a K9 alerted to the presence of narcotics.

Inside one package, CBP Officers found cocaine inside a set of speakers.  In the other several cardboard rolls had diverse pills, which were later identified as oxycodone and endocet.

CBP’s multi-layered, risk-based approach to interdict drugs at and in between our Ports of Entry (POEs)- including in the international mail and express consignment courier (ECC) environments- leverages targeting and intelligence-driven strategies that enhance the security of our borders and our country.