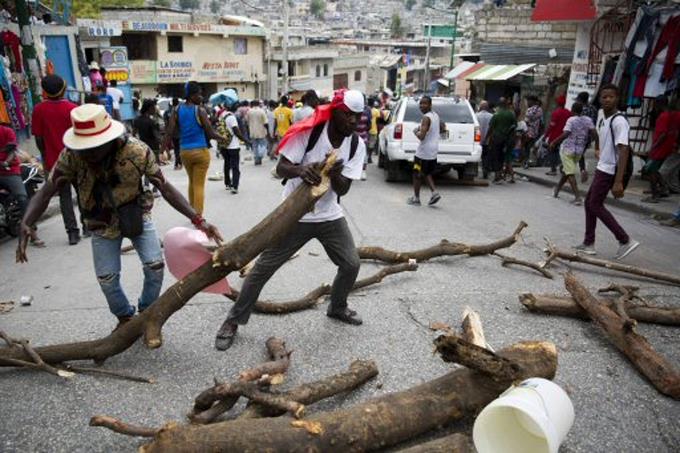 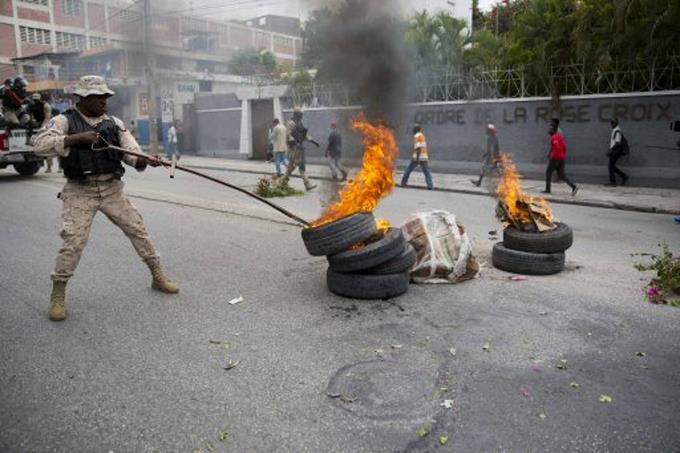 Prince Port
Hundreds of people took to the streets of Port-au-Prince yesterday to demand the exit of the Haitian president, Jovenel Moise, in a day of mobilization that concluded without major incidents and that is the first after the violent protests of February.

“The opposition will not negotiate or be part of any government with Jovenel Moise, we will continue with the mobilizations until he leaves, we will not accept that it is the international community that imposes someone in the country,” said former Haitian presidential candidate Jean Charles Moise.

The opposition leader said that nothing has changed in the country, that there is more misery, more hunger, more inflation and more insecurity.

“The first person in charge is Jovenel Moise, who does not want to listen to the voice of the people, today we relaunch the protests but we will continue until Jovenel leaves,” he exclaimed.

“For me it is important to be on the street to say NO to this system, I will always be asking for profound changes in the country, we are not going to accept that only politicians and the rich can function normally in the country,” said Carlo Pierre -Paul, one of the protesters this Friday.

The opponent said that despite having diplomas that testify to their levels of education, he does not get a job in the country and considered it “unacceptable” that the future of young Haitians is just to emigrate.

The street protests took place in the midst of insecurity in recent days in several areas of the country, including the capital itself, where this morning a National Police agent and his wife were shot and killed, a day after a Portuguese citizen was also killed when he left a bank in the city of Saint Marc, north of Port-au-Prince.

Last Wednesday, the Chilean ambassador in Haiti, Patricio Utreras, suffered an armed attack when he was heading towards a solidarity activity northeast of the capital of the Caribbean country.

The protests this Friday come just a week after Jean-Michel Lapin took office as interim prime minister of the country, after the House of Representatives approved a motion of no confidence against Jean Henry Ceant, for the lack of response to the aggravation of the economic crisis.

Haiti is going through a deep economic and political crisis after the massive and violent protests of two weeks that began on February 7, the same day that marked Moise serving two years in office.

During these protests, convened by the Democratic and Popular Sector, one of the most radical factions of the opposition, 26 people died, according to the Inter-American Commission on Human Rights (CIDH), although the police have not offered data on the number of victims.

In their protests, the protesters also demand justice in the alleged irregularities in the Petrocaribe program, through which Venezuela supplies oil to this country at soft prices.

An audit revealed irregularities between 2008 and 2016 in this program, and involves 15 former and current officials in this case, as well as a company led by Moise before his becoming president.