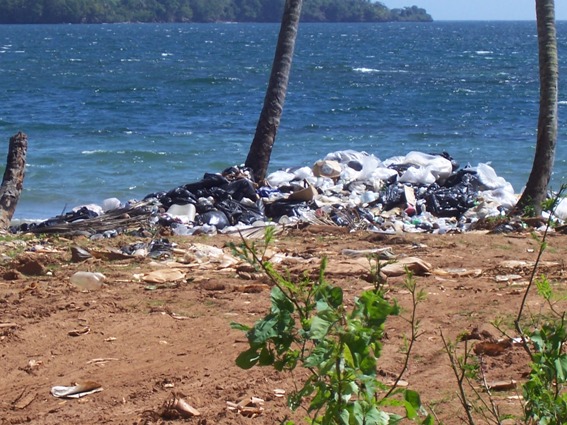 WASHINGTON, May 30, 2019 – A New World Bank report released today examines how marine pollution in the Caribbean threatens the region’s resilience to climate change. The report calls for urgent actions to restore damaged ecosystems and protect the Caribbean’s marine resources, a key source of food, livelihoods and jobs to millions of people dependent on tourism, fisheries and the ocean economy.

“The Caribbean Sea is a lifeline for millions of people. Concerted action is crucial to halt and reverse marine degradation in the Caribbean,” said Tahseen Sayed, World Bank Country Director for the Caribbean. “Effective management of plastics, solid waste, and wastewater are our top priorities to create a blue legacy for future generations”.

The report “Marine Pollution in the Caribbean: Not a Minute to Waste<http://documents.worldbank.org/curated/en/482391554225185720/pdf/Marine-Pollution-in-the-Caribbean-Not-a-Minute-to-Waste.pdf>”, published ahead of World Oceans Day, identifies the key sources of marine pollution and the impact on the wider Caribbean. It also lays out an action plan to reverse this threat and transition towards a more sustainable “Blue Economy” that can generate growth and build resilience while preserving ocean resources.

Marine ecosystems provide food and jobs to more than 35 distinct economies in the region through tourism, fisheries, shipping and ports. Yet, marine pollution including plastics, sewage, agriculture runoff, oil and chemicals, poses a serious threat, particularly to tourism which accounts for 15 percent of the region’s GDP and to fisheries which provide income and food security to poor communities in the region. Thousands of plastic shards can often be found in the wider Caribbean waters, representing nearly 80 percent of the total litter.

According to the report, more than 320,000 tons of plastic waste remains uncollected each year in the Caribbean. Coral reef degradation is also strongly linked to marine pollution and represents an estimated annual revenue loss of between US$350 million and US$870 million.

Marine pollution is not only an environmental issue, it is an economic and social priority. Most of the people in Small Island Developing States live within 10km of the ocean and are therefore particularly vulnerable to gastrointestinal diseases related to untreated waste and viruses from mosquitoes that inhabit moist pockets of litter. This is a significant threat to the region’s development and the quality of life of its people.

The good news is that considerable progress has been made at the global and regional levels to tackle marine pollution. So far, 14 Caribbean countries have already banned the use of single-use plastic bags and/or Styrofoam and many have joined the global movement to adopt public awareness campaigns and new legislation. This will also require governments to ratify international conventions, such as the Cartagena Convention, and adopt measures to control marine pollution.

The report lays out key priorities for a healthy, productive and resilient Caribbean Sea that can significantly promote sustainable blue growth in the region:

*       Prioritize and increase funding within national budgets for marine pollution prevention and make a strategic commitment to control waste. This means stopping the overflow of waste into oceans by scaling up investments in waste management systems and supply chains and engaging the private sector.

*       Improve awareness, educate and build capacity on marine pollution and the importance of water quality and making strategic investments in litter control.