75% of Dominicans with the right to vote in the US support Joe Biden, according to poll 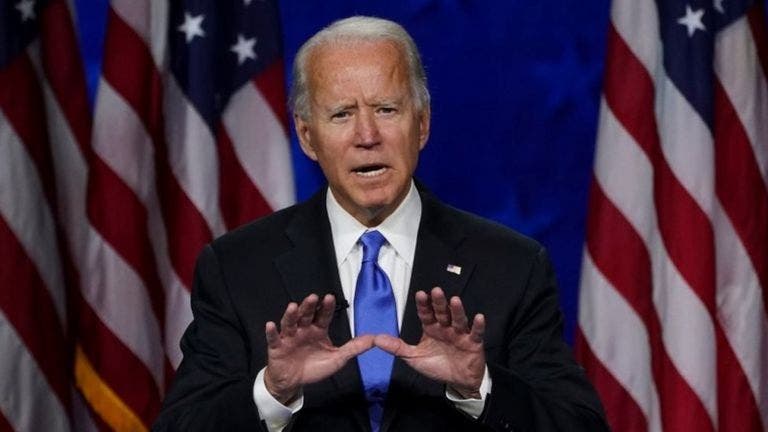 The majority of Hispanics residing in the US support Joe Biden, the presidential candidate of the Democratic Party.

Miami.- Democratic candidate Joe Biden leads US President Donald Trump by 42 points among Hispanics registered to vote in the upcoming elections, who seem more concerned about health than the economy and mostly support the protests against police violence.

The Spanish-language television network Univisión published a broad national survey on Monday showing “the complexity and diversity” of the Latino electorate.

78% of those polled are almost sure that they will vote in the presidential elections, and if they were held now instead of November 3, 66% would vote for Biden and 24% for Trump.

In Florida, the ratio is 52% in favor of Biden and 36% in favor of Trump, only 16 points, something attributable to the electoral weight of Cuban-Americans, more favorable to the Republican president, according to what is read between the lines throughout of the poll.

The general approval of Trump among Latinos is 30%, but those of Cuban and South American origin give him 43% and 37% approval, respectively.

When it comes to assessing the handling of the economy, the president is approved by 32% of Latinos, and also here he has better ratings among Cubans (52%) and South Americans (37%).

Biden, in turn, receives approval from 64% and his biggest fans are Dominicans (75%) and Central Americans (71%).

Regarding disapproval, seven out of ten Latinos, in general, disapprove of Trump and 28% of Biden, objection that rises to 33% in the case of Cubans.

HEALTH, MONEY, AND REJECTION OF DISCRIMINATION

For the 40% of Hispanics, who have been disproportionately affected by the pandemic, the leading cause for concern and what they want the winner of the election to address is the new coronavirus.

In this regard, 73% disapprove of the president’s management of the COVID-19 crisis, and 61% believe that Biden, who was vice president of the United States during the Presidency of Barack Obama (2009-), would have done better. 2017).

The next priorities for Latinos are to lower health care costs (28% of mentions), increase wages and income (25%), create more jobs (25%), protect immigrant rights and end discrimination against immigrants and Latinos (20% each).

The survey delves into this last point and reveals that for 83% of those surveyed, racism towards Latinos is a “problem” in the United States. For 63%, if he reaches the White House, Biden will do a better role in fighting against racial injustice and in favor of equal treatment, and for 18%, the best in this will be Trump.

One of the most striking data is that 59% believe that Biden will do better than Trump in terms of law and order compared to 23% who think that it will be the president, who is precisely present in this campaign as the advocate for law enforcement in the face of protests and “chaos.”

76% of Hispanics support protests over the death of African Americans at the hands of the police, and 58% would agree to reduce the budget for law enforcement.

Regarding the appointment of Justice Amy Coney Barrett to fill the vacancy left by the late Ruth Bader Ginsburg on the Supreme Court, 46% oppose it being done before the election, in line with the Democratic Party’s claim, and 41% are in favor.

The poll also collects the opinion of Latinos about Trump and Biden’s running mates.

Former Democratic President Barack Obama is the highest rated of all – 75% of Latinos view him favorably, and only 21% do not have a reasonable opinion of him.