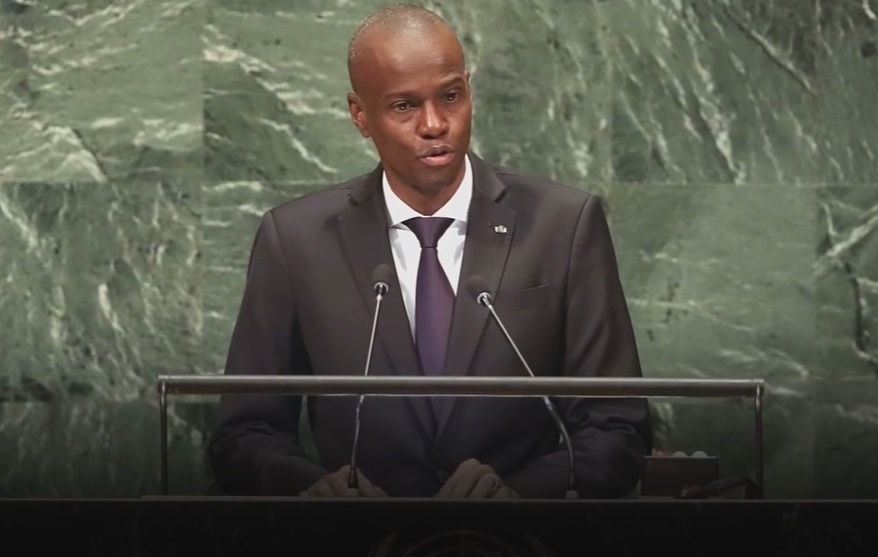 Port-au-Prince.– Former Colombian soldiers imprisoned in Haiti accepted their responsibility for the assassination of that country’s president, Jovenel Moïse, in an action perpetrated on July 7 at his residence in Port-au-Prince in which his wife was injured, as reported Wednesday by Caracol Noticias.

The Colombian television channel indicated that the statements are in 15 hours of audio recordings to which it had access and in which four of those involved narrate their version of what happened that day and in the hours following the assassination.

According to Caracol Noticias, Joseph Felix Badio, a former official of the Haitian Ministry of Justice, was the one who gave Rivera the order for the operation that ended with the murder of Moïse.

In the audio, someone presented as Rivera, whom the other ex-soldiers called ‘Mike’, says: “(Badio) said that everyone had to be killed. They mean all the police, the president’s security, everyone who is inside of the house, that they had to be killed.”

Carmona said that the order that ‘Mike’ gave them was that “they had to go in and kill everyone, they had to kill all the policemen, rather, if there was even a pet, kill the pet, that there could be no witnesses.”

The retired sergeant added: “They sold us the idea that that was the arrest warrant, that it was an arrest warrant, but ‘Mike’ told us that he had to peel (kill) the president.”

The information from Caracol Noticias reveals that former soldier Víctor Pineda Cardona was the one who shot President Moïse, as Franco Castañeda testified.

“They say it was Pineda. They listened to him. He is extremely worried, that boy has no peace,” a voice is heard saying, who identifies himself as Franco in the audio.

Frustrated escape
On the other hand, Caracol Noticias indicated that the assault on Moïse’s residence lasted about 30 minutes and that after assassinating the president, the mercenaries searched for money and valuables.

Before the operation, the report says, they had been advised that Moïse had between 18 million and 45 million dollars in his house, and in the room they found two suitcases and three boxes apparently loaded with bills.

The group loaded the money into vehicles and following the established plan they headed to the presidential palace because there the new president of Haiti was going to take office, and they were supposed to protect him.

The withdrawal to the presidential palace was coordinated by the retired Army sergeant Duberney Capador, who was killed in the events, as were Miguel Guillermo Garzón and Mauricio Javier Romero.

He explained that on the way they found some vehicles crossed on the road for which they had to stop and get off.

Later, the Haitian Police blocked their way with trucks and tanks, and the group took refuge in a house from which they were evicted with tear gas.