The rains will continue over the Dominican Republic, according to National Meteorology Office 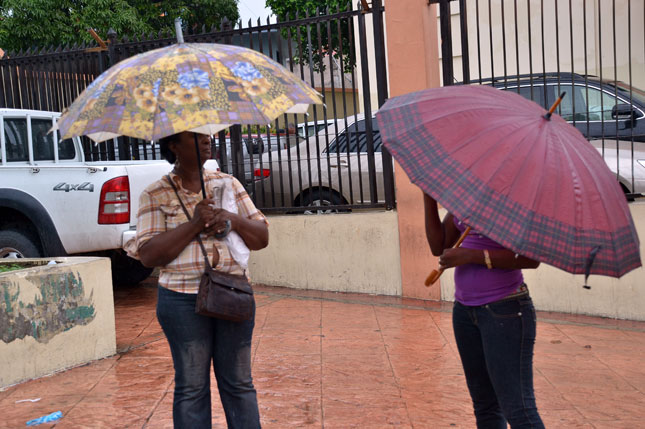 SANTO DOMINGO, Dominican Republic.- The National Meteorology Office (ONAMET) announced this Thursday the 22nd that, from early morning hours and also in the evening, there will be showers with thunderstorms caused by a trough that has affected the country since the beginning of the week.

The entity indicated that these showers will occur in some towns in the northeast, northwest, southwest, and the Central Mountain Range. These precipitations will gradually dissipate through the night.

For Friday, according to Onamet, there will be scattered clouds and little rain expected, because the trough would be moving away from the national territory.

While for Saturday, a tropical wave is approaching again causing downpours, thunderstorms, and gusts of wind in the afternoon and night in some locations.

Regarding category 2 hurricane Epsilon, Meteorology stated that the tropical phenomenon is located about 415 kilometers (258 mi) east/southeast of Bermuda, has maximum sustained winds of 175 km/h (109 mph), moving west/northwest at 11 km/h (7 mph) and highlighted that Due to its position and trajectory, it does not represent a danger to the Dominican Republic.