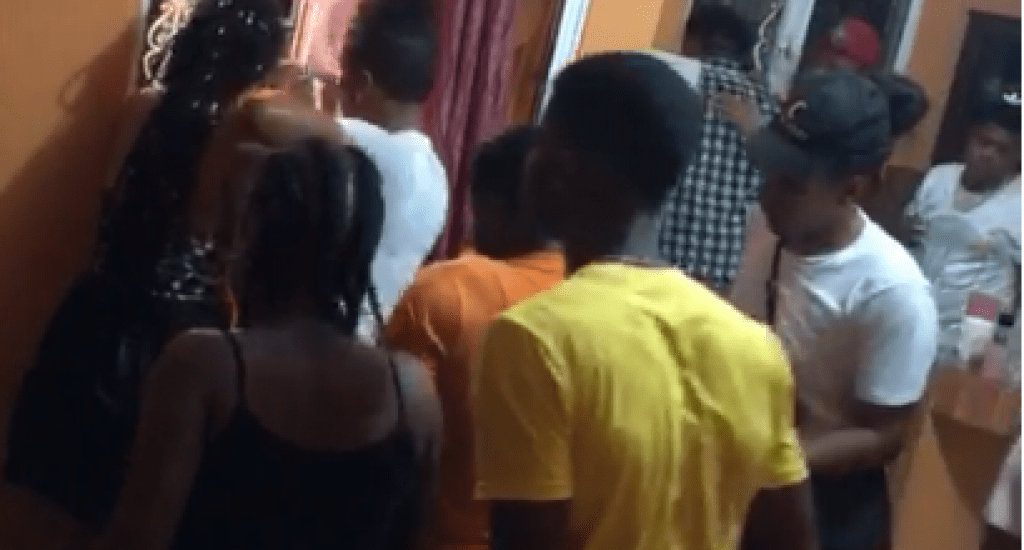 The locals say the officers arrived at the sector and arrested a group of people who were at the party and when they saw that the vast majority of the members fled to a house not to avoid capture, “without measuring the consequences.”

“They began to shoot and throw tear gas inside the house,” which lodged small children, and according to the locals were seriously affected and ha to be taken to a hospital.

A similar incident occurred in Gurabo, Santiago, where police broke up a “clandestine party,” and arrested 35 people.