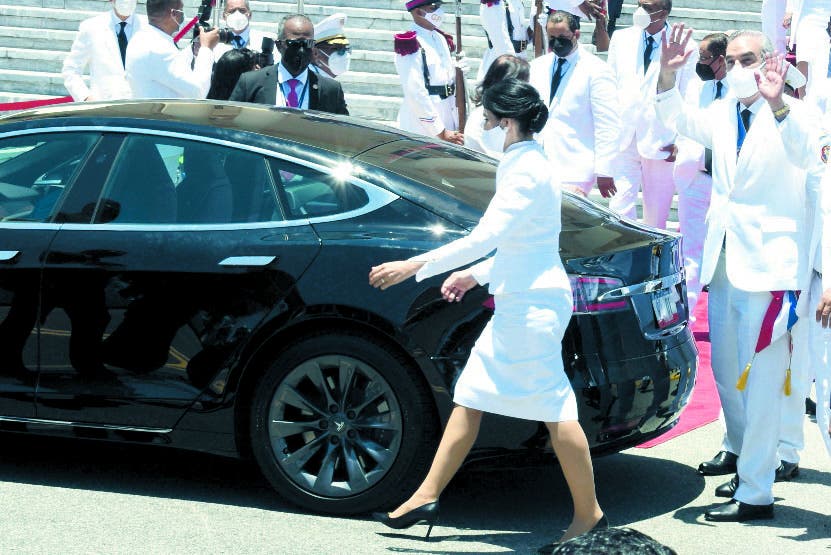 Abinader promised to promote electric mobility, and so it came.

SANTO DOMINGO. – The fact that President Luis Abinader arrived at his inauguration ceremony in an electric vehicle, model Tesla S, is a sign that his Government will promote the use of alternative energies and cleaner resources.

There are already more than 1,600 electric vehicles in the country, including hybrids, in addition to some 40 charging points in different roads, supermarkets, and shopping malls. These are facts noted by William Pérez Figuereo, president of the National Central of Unified Transporters (CNTU), pioneers in electric taxis.

“This tells us that the President comes with a very different mentality and a modern mind,” said Pérez Figuereo.

Humberto Reginato, general manager of Rix Energy, a provider of solar panels at a residential and commercial level, thinks similarly and plans to invest in maintenance stations.

“We have learned that all the Police vans and the Government vehicles will be electric and that the money saved from gasoline will go to the police for the increase,” said Reginato, who hopes to participate in the tender that will open with those purposes.