Towards the establishment of the ‘Haiti-Dominican Republic Binational Arbitration Platform’ 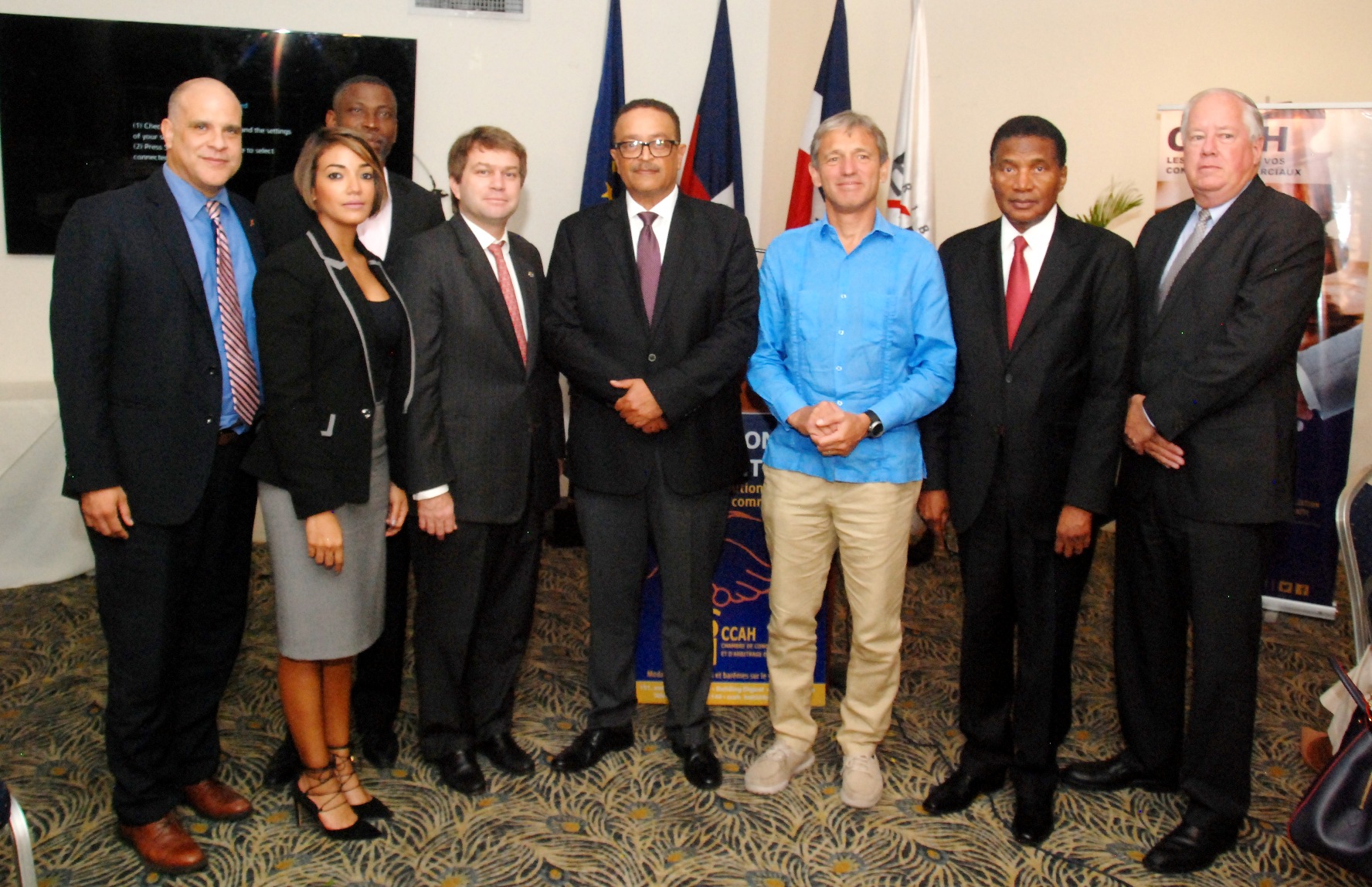 Port-au-Prince, Haiti, Nov. 6, 2017: The Chamber of Conciliation and Arbitration of Haiti (CCAH) and El Centro de Resolución Alternativa de Controversias (CRC) of the Dominican Republic, signed on Tuesday, October 24, 2017, a memorandum of understanding (MOU) to improve the business relations between both countries. It is envisioned that the MOU will enable greater dialogue and the exchange of mutual assistance offered to their nationals improving the overall business relations of both countries.

“In today’s world characterized by the globalization of trade, cooperation has become a must“ said Wilhelm Lemke, President of the CCAH. According to him, the time has come for these organisation, namely the one he leads and the CRC, to “collaborate for purposes of common interests”, hence the need to build the “Haiti- DR Binational Arbitration Platform”.

This platform, which marks an important first in the trade relations between Haiti and the Dominican Republic, will allow “exchanges of information, statistical and legislations officially in force; the establishment of methods and standards of arbitration procedures, conflict resolution in all fairness; and the standardization of skills for viable and productive operational and administrative management.” In this regard, CCAH and CRC intend to create a more conducive business environment while amicably managing future disputes with alternative dispute resolution methods such as arbitration and mediation.

In the same vein, Mr. Ricardo Koening, President of CRC, pointed to the usefulness of such an agreement. “I am convinced that the creation of this space will facilitate the resolution of the trade conflicts that could arise in the framework of the negotiations existing in the two countries,” he declared, while promising strict compliance with the provisions of the said agreement.