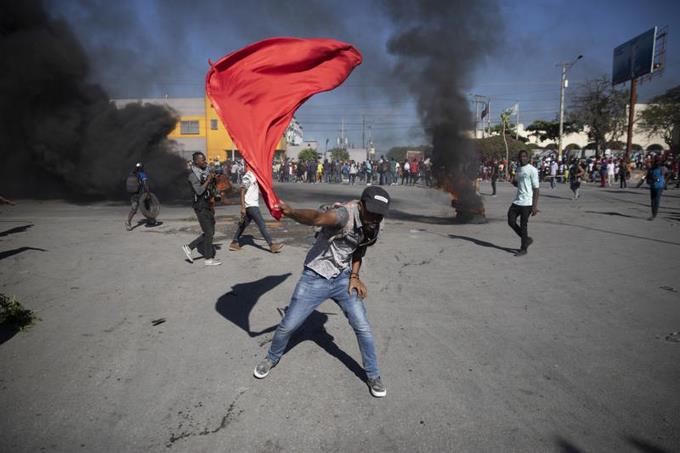 “To keep Haitians in their territory, we Dominicans have to help them to help their country progress.”

These brief notes are based on an extensive report I did for the reconstruction of Haiti in 2006.

The solutions sought for Haiti must be different from the conventional ones. What is appropriate is a military intervention to restore order and simultaneously intervene in the economy. Trying to impose the Western system of democracy on a country not prepared for it has been a failure. It has been used on several occasions, and the result has been worse and worse. Also, the approach given to the military interventions that have been made so far have not been effective. Nevertheless, it is necessary to leave euphemisms and hypocrisy aside and be aware that getting that nation out of misery and chaos is necessary. It will have to be with international help.

By analyzing the various processes that have historically been carried out worldwide during the Reconstruction of Nations, we can draw valuable lessons from them. From them, we can learn lessons that could yield positive results in the Haitian case.

Since it is impossible to declare a Protectorate in Haiti due to Chapter XII Article 78 of the United Nations Charter, it is necessary to look for different formulas. One that could be applied is the scheme known as “Shared Governance,” or what could also be called “Shared Partnership for Development.” Under this scheme and with a militarily intervened Haiti, a reconstruction process would be carried out. This type of government would share powers between the International Community and the Haitians. Historically, it has been demonstrated that the concept of shared governance is viable when there is citizen security and both sides participate with respect and balance in the management of state affairs and also when differences in cultural aspects and diverse religious beliefs are recognized and accepted.

The cost of the intervention for those fifteen years would be about 40 billion dollars, the resources of which would be donated by the International Community and by the loans made to Haiti by certain nations and international organizations.

The program to be carried out would be similar to the Marshall Plan implemented in Europe after the Second World War. It would be focused on creating a basic physical infrastructure and institutions to support future economic and social development, designed and executed by a Development Corporation with extraordinary powers and complete autonomy and under the command of external authorities. It would also be absolutely necessary to have sufficient authority and force to implement the measures and to be able to maintain order and citizen security. Consequently, the military forces will have to remain in place for the prescribed period of fifteen years.

At the end of that period and under a scheme such as the one described above, Haiti will be able to lay the firm foundations for sustainable economic development with the institutions on which a democratic regime is based. At that moment, and with a recovered and progressing nation, Haiti will be able to manage permanently under a democratic regime.

who is the author of this article?

Yes .we must think outside the square for the Haiti solution . I agree that the first thing to do is to stop the lawlessness.. Then the rebuilding of the country must start and I personally think it is a waste of time and money to try to rebuild the capital which is on an active fault line and prone to earthquakes and so a new site must be found just as New Delhi replaced the Old city of Delhi in India. If individual countries can finance the construction of just one barrio with parks and gardens then a new city centre can be financed by a joint effort. Haitians would be employed and it would be a new start in a safe area. I do not know if the best area is on the Caribbean or further north of the existing capital . Then zona franca areas must be established as in the DR. Well food for thought .!!

Every Dominican peso spent on Haiti robs the people of the Dominican Republic of their wealth and does nothing for the progress of the average Haitian. You cannot build a mansion from mud no matter how hard you try or how much money you spend; the next time it rains you will have mud again. See Haiti today; come back in 100 years and you will see the same country. No progress has been made and no progress will be made.

Good article. Keep up the pressure for international intervention. It would help If the hundreds of thousands of Dominicans living in New Jersey , called their Congressman & Senators, or Nancy Peloso’s office , to demand action by the USA.

When Haiti was a French colony it was one of the richest places in the Caribbean. Same was with South Africa, when it was governed by Britain. After their so called “independence” and revolutions to overthrow the colonial powers they have overthrown everything, the civilization. African ex slaves were not, and are not able to govern the country. Just because of the level of their conciseness. They never did it in the past, they were slaves. And it was a great mistake of white people first bring them from Africa as slaves, and then to live them alone as free people but unable to live in a civilized society. That won’t work. Never.

Have you been there? Most of the people are incredibly friendly. I love Haiti. The slaves were business people and such. They did not know agriculture. Democracy is not for them. Not sure what is.

Indeed, if the Africans were not brought to the Americas, they would not have gone through the terrible suffering the French power put them through. The problem is that it is doubtful that the French monarchy would have agreed not to do so, because the wealth generated by the slavery in the colony of HAITI was an important source of the greatness of France back then. Ironically, it also contributed to opening the eyes of the poor people in rags to allow them to conduct the great French Revolution ….

The fact of the matter is that Haiti was the richest colony in the Caribbean, thanks to the cruelty of the French colonizers who treated the slaves like animals, to the point where, without even caring for the aftermath, those slaves in rags did not have any other option than fighting and eventually beating the French army, which was the most sophisticated and best equipped army of the world!

After independence, the suffering of the young Republic that was already struggling its way to development was further amplified by France’s demand (supported by a heavy armada sent to the Haitian shores) for the payment of a heavy ransom (the actual equivalent of at least 21 billions US), in order to recognize the independence of Haiti. For 100-150 years, more than 100% of the GDP of Haiti was allocated to the payment of the French ransom, leaving the country without any resource for further significant development.

The few elite run the country. Agro-business should be developed that is cooperative with the growers. Have any of those commenting here lived there? Just curious? I lived there 23 years and married a Haitian from the hills. We speak Kreyol in our home in Michigan. Nou pale Kreyol nan kay nou.

Not a Dominican problem. Our problem is illegal immigration. Build the wall and let them revolve their problem. If the US and the UN don’t care, why should we?

Well, it is a Dominican problem, besides illegal immigration which must be solved.

Haiti being the second largest client of the DR (just behind the US), in terms of dollars, and the first client in terms of Dominicans families and farmers being supported, a stabilization next door is important for the continued growth of the Dominican GNP. Nobody wants their best clients to be in trouble.

The only solution is a close association with China. China is the sole power that could provide economic and political guidance to Haiti. The west need to get out of Haiti’s affairs.