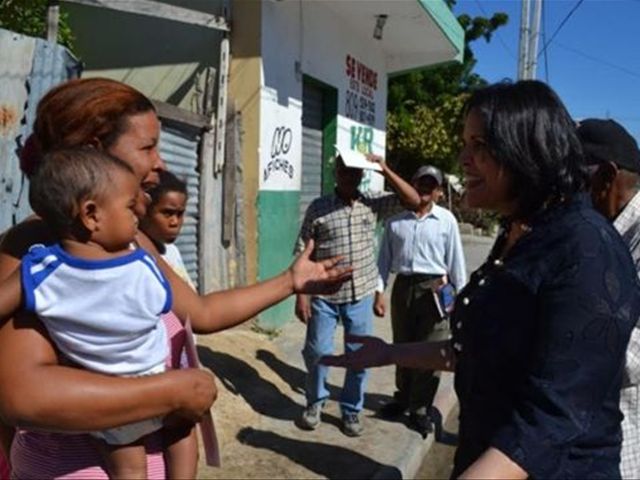 Barahona, Dominican Republic.- Alliance for Democracy presidentialcandidate Minou Tavarez Mirabal on Sunday pledged economic and socialdevelopment for Barahona province and the southwest through works and policiesto exploit the region’s potential.

"Barahona and the southwestern region of the country havegreat potential in various economic areas and should provide an immediate solutionto situations such as the flooding by the Yaque del Sur River, we must buildthe long-promised and postponed dam at Monte Grande. We should also build theinfrastructure needed in the Yaque del Sur river to protect communities affectedby its floods."

She said the Southwest’s exceptional natural conditionscould make it the country’s ecotourism center. "We can use Costa Rica’s accomplishmentas a reference. The ability to produce and earn revenue from ecotourism is wellabove the sun-and-beach tourism, as well as how to better conserve the naturalresources."

"Barahona’s port of should be the basis for a joint regionalcooperative fishing fleet to boost the productive and economic capacity ofsmall organized fishermen," she said.

Tavarez also promised to build rural roads to widen accessto abandoned farmlands. “Vicente Noble is an example, where crops such as bananas,cassava and yams cannot take advantage from the poor state of the roads.”

“Another priority of my government will be to halt theabandonment of coffee plantations at Polo, which produce one of the bestcoffees in the world," she said.