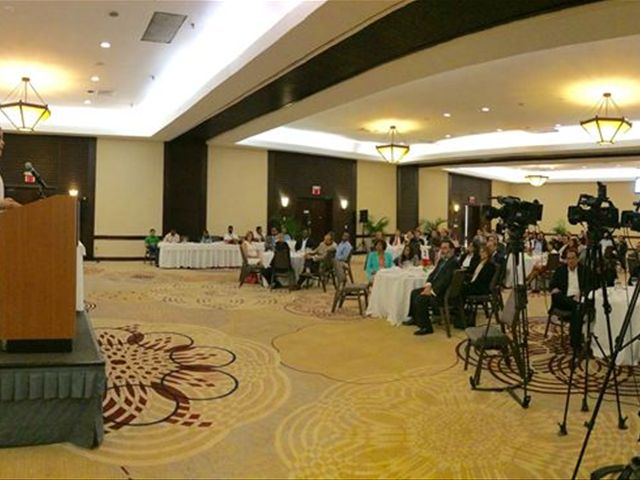 She said she would establish clear rules for the country’sbusiness sector "to facilitate a climate of trust and transparency forbusiness to invest and develop productive work in the country."

"Whoever fulfills the entrepreneurial function toproduce goods and services is always in the position to defend legitimateprivate interests. But politics, properly understood, is to seek action for thecollective wellbeing.’

"A country were to be reelected the president of theRepublic bribes most of Congress cannot offer legal security to anybody. We’realso one of the most unequal countries in Latin America. Our economy is one ofthe most subsidized in Latin America. Levels of corruption and impunity are abarrier to the entry for foreign investment. A country which is respected andenforce the laws would be much more credible internationally and morecompetitive economically."

"We’ve said it before and I repeat it today: There isno better business than democracy. It is well established in countries that dobetter than us and with effective public-private partnerships. My commitment asPresident is to ensure the work needed for fair competition. So we have the ideaMore Market, better state," Tavarez said during a meeting of the Inter-AmericanBusiness Association (Asine) in Santo Domingo’s Sheraton hotel.