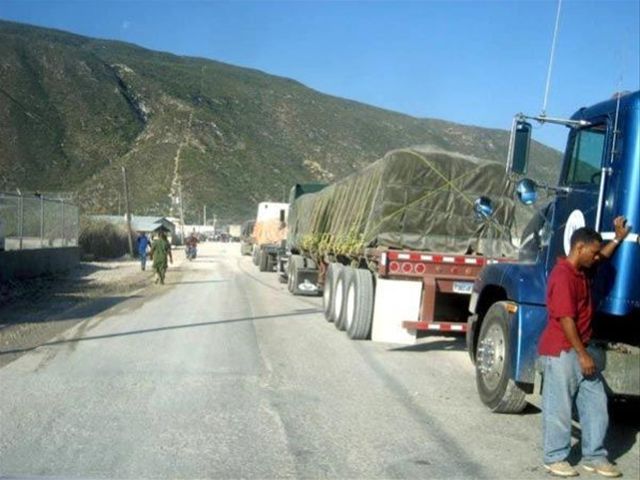 Santo Domingo.- A group of consultants from the public andprivate sectors on Thursday announced a roadmap to eliminate non-tariff barriersto trade between the Dominican Republic and Haiti.

The plan is based on the report "Binational Study:technical barrier to trade," which also identified the non-tariffbarriers, technical barriers to trade, released by the Industry and Commerce Ministry’sForeign Trade Dept. (Dicoex).

Consultants representative Vladimir Pimentel presented thestudy which concludes that the main barriers between the two markets is thelack of a regulated service to haul freight overland; institutional issues; theban on export of certain products to Haiti by land; informal trade, amongothers.

The study stressed that the existing trade between the twocountries, “which can be described as high and rising,” reaching a deficit figureof US$1.03 billion.

"In other words, like Haiti’s trade with the rest ofthe world, the relationship is very asymmetric," Pimentel said.

“This situation, the study says, generates tensions betweencommercial agents in both countries,” adding that the research aims tocontribute to normalize and surmount hurdles to trade between the Hispaniola countries.