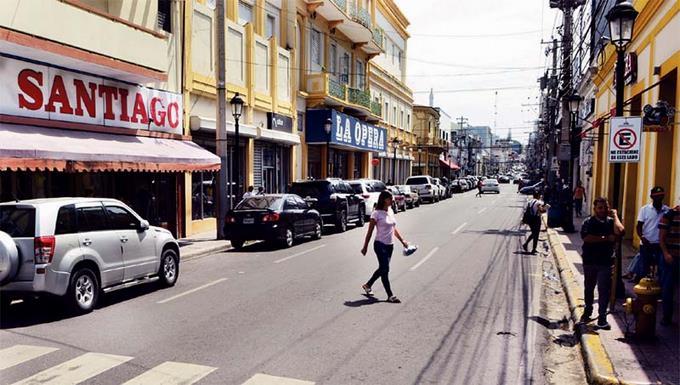 Santiago, DR.
Adolescents between 14 and 17 years of age who travel mostly on foot and alone, that is to say, without other accomplices, take advantage of the carelessness of many women to snatch cell phones, wallets, and other belongings, then flee quickly, jumping like goats over walls, fences, ravines and other obstacles, which often prevents people and police from catching them.

“When they commit their crimes they run and jump like a gazelle, this young man of about 16 years old, he tore a chain from a lady, we chased him, but he escaped, because he ran so swiftly, jumping everywhere, and there is no one who can catch them, said the former police sergeant Ramón Ponce to Listín Diario who witnessed with another person a robbery in Las Carreras Avenue, of this city.

“I was walking down R. César Tolentino, arriving at the Emilio Prud teachers’ college, Home and a young boy of about 15 to 16 years old, snatched my phone and then fled,” complained teacher Natalia Amarante.

She also claims that a group of people chased him but that they did not catch up with him because he was running too fast. He robbed her of her wallet and cell phone.

In public cars
In different routes of Santiago, users have reported to the police many assaults, which according to those affected, are committed by two men and a woman, all wearing white hoodies.

Although in a smaller proportion than in the case of men, female adolescents also accompany men in these criminal actions, according to those affected.

Police do not pay attention.
The affected people complain that when they go to the police, it is a waste of time, which is why they prefer to report the cases in the media so that the citizens take note.

People of any age can rob anyone of any age and escape by running, on moto, or car. The police have to show more of themselves to slow this upward trend of assaults and thefts.

This is how they train for the Olympics. Long jump and hurdles.