Almost US$ 1 billion in financing for the Dominican Republic 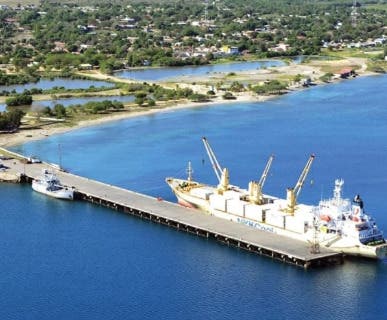 The IDB expects to approve six operations this year for an amount of $563 million contributed by the Bank and more than $375 million in co-financing from international cooperation development agencies from Japan, France, and Spain, among others.

These resources will support transportation and logistics (US$400 million); transparency (US$70 million approved); road maintenance (US$140 million approved); employment system (US$38 million); sanitation in coastal cities (US$190 million); and solid waste management (US$110 million). The latter two are considered especially strategic and priority operations by the government.

IDB Vice President for Countries, Richard Martínez Alvarado, affirmed that the Dominican Republic is showing sustained growth and resilience despite the current crisis and is confident that with these projects the country will be able to respond to the socioeconomic needs of the population.

One of the Government’s flagship projects is the rehabilitation and expansion of the Port of Manzanillo, with a budget of US$100 million. It includes the construction of a solid dock parallel to the coast, contributing to competitiveness and insertion into commercial routes.

Mr. Martínez indicated that the country had taken positive steps to care for the environment, such as the approval and implementation of the General Law on Integral Management and Co-processing of Solid Waste 225-20, which demonstrates the political will of the Government and creates an institutional framework that brings together many aspects.

He emphasized the importance of social inclusion and the participation of the private sector in waste management and waste utilization.

The IDB is also supporting the creation of an observatory to articulate the national plan for waste management and an experimental program to promote the circular economy through the IDB-Lab.