Countries with the lowest and highest gas prices 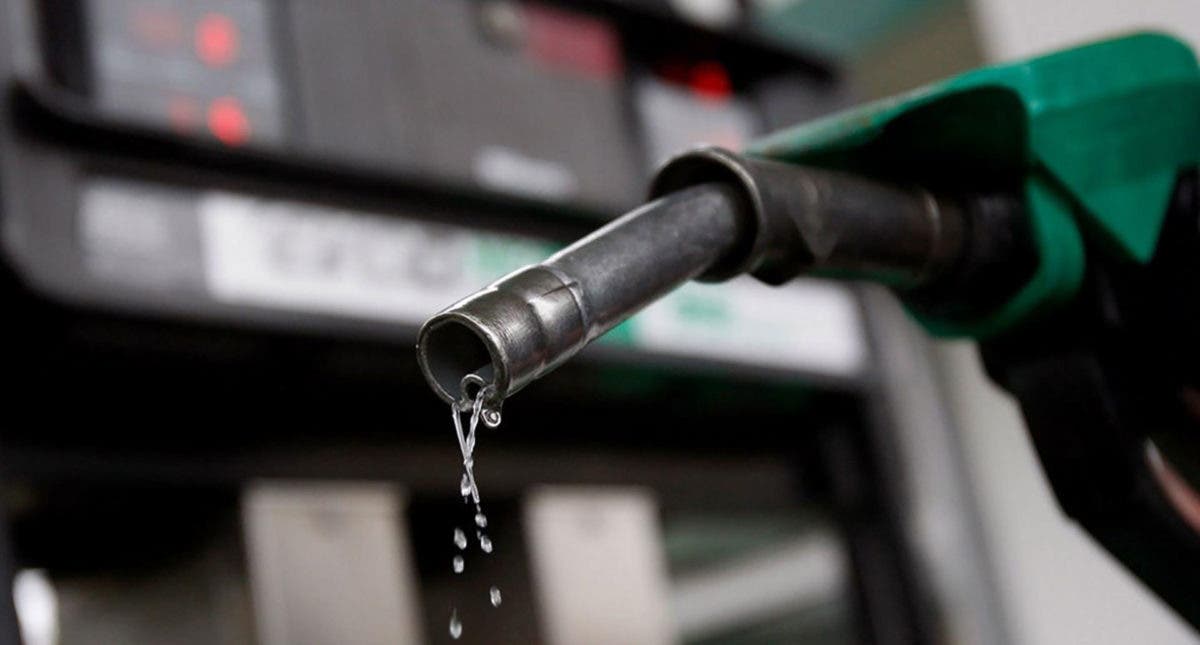 A price is expensive or cheap in relation to your purchasing power.

If the cost of gasoline in Switzerland seems at first glance “sky-high,” it is actually not when compared to the level of wealth in the country.

Hong Kong has the highest price in the world (US$2.98 per liter, US$11.28 per gallon). Still, it is not the most expensive for the standard of living of its population, according to the “gasoline affordability ranking” prepared by Global Petrol Prices, an energy data collection, and analysis project.

“There are oil-exporting countries, such as Qatar and Kuwait, that keep the price of fuel very low by subsidizing it, but there are also advanced economies, such as the United States and Australia, where fuel is more expensive but incomes are high,” explains Neven Valev, director of Global Petrol Prices and the Global Economy Project.

“At the other end of the scale are mainly poor countries. Gasoline there is not particularly expensive but the income level is very low,” he adds.

The energy crisis
As the world is in the midst of an energy crisis, the price of gasoline has become a central concern in most countries that must buy fuels on international markets to supply their local demand.

State of Qatar
Kuwait
Luxembourg
United States
Australia
The frenetic increase in the price of fuels such as oil, gasoline, diesel, and gas has shaken the global economy in the midst of an inflationary wave that is hitting household budgets hard and causing disruptions in the cost of credit (due to the rise in interest rates) and economic growth.

What has happened, Valev tells BBC Mundo, is that “the effect of the war in Ukraine added to the general trend of rising energy prices as the world economy recovered from the pandemic.”

Countries with the most expensive gasoline for their population.
In relation to GDP per capita

Mozambique
Madagascar
Republic of Malawi
Sierra Leone
Rwanda
While oil price swings on international markets affect the price of gasoline paid by consumers, the situation is very different in each country, depending on whether it is an oil exporting or importing nation, whether it has the capacity to refine crude oil, and other factors, such as the level of subsidies applied by governments.

Without considering affordability, another way to rank countries is directly by the cost per liter of gasoline, regardless of a nation’s income level.

From this perspective, Venezuela, Libya, Iran, Algeria, and Kuwait have the lowest prices.

On the other side of the scale, with the highest market prices, are Hong Kong, Iceland, Zimbabwe, Norway, and the Central African Republic.

Gasoline in Latin America
The affordability ranking compares gasoline prices in 150 countries, although not all Latin American countries are part of the list.

In the following list, we show you the countries of the region ordered from the nation where gasoline is the most affordable for its population to the one where the price is the most expensive for its inhabitants.

This list was elaborated considering the cost of filling a 40-liter tank of gasoline. 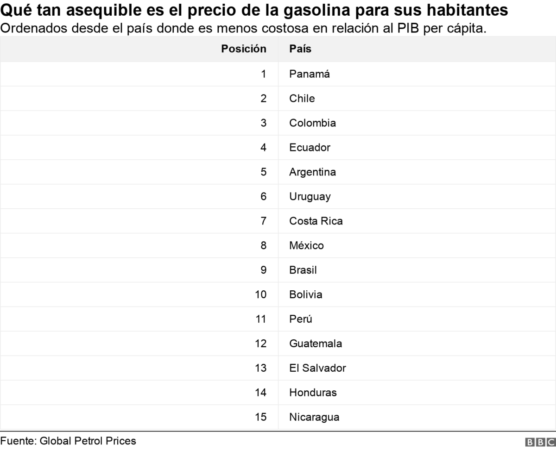 It should be clarified that the index uses the Gross Domestic Product (GDP) per capita as a measure to standardize income per person, which means that the calculation is not based on an analysis of the average monthly income received by individuals or households.