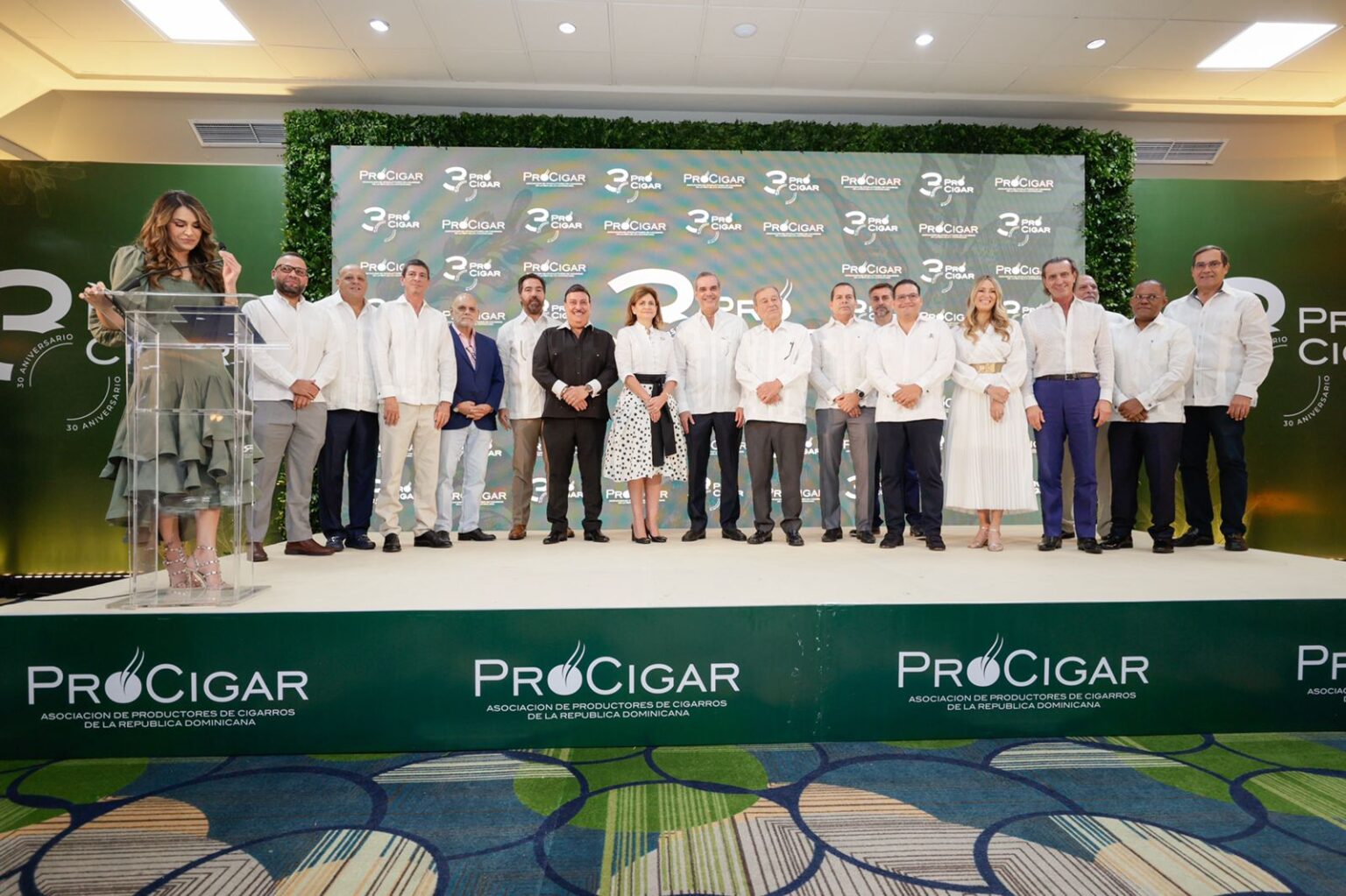 Santiago.- President Luis Abinader was recognized this Thursday by the Association of Cigar Producers of the Dominican Republic, (PROCIGAR), for his support for the tobacco industry guided by the Plan for the Relaunch of the Tobacco Industry.

This recognition took place during the celebration of the 30th anniversary of the Association of Cigar Producers of the Dominican Republic, Procigar in the city of Santiago.

At the ceremony, the president stressed that the tobacco sector has influenced the growth of the economy and that it has allowed the world to know the quality of what is made in the Dominican Republic and stressed that tobacco has been a leading actor for years in the