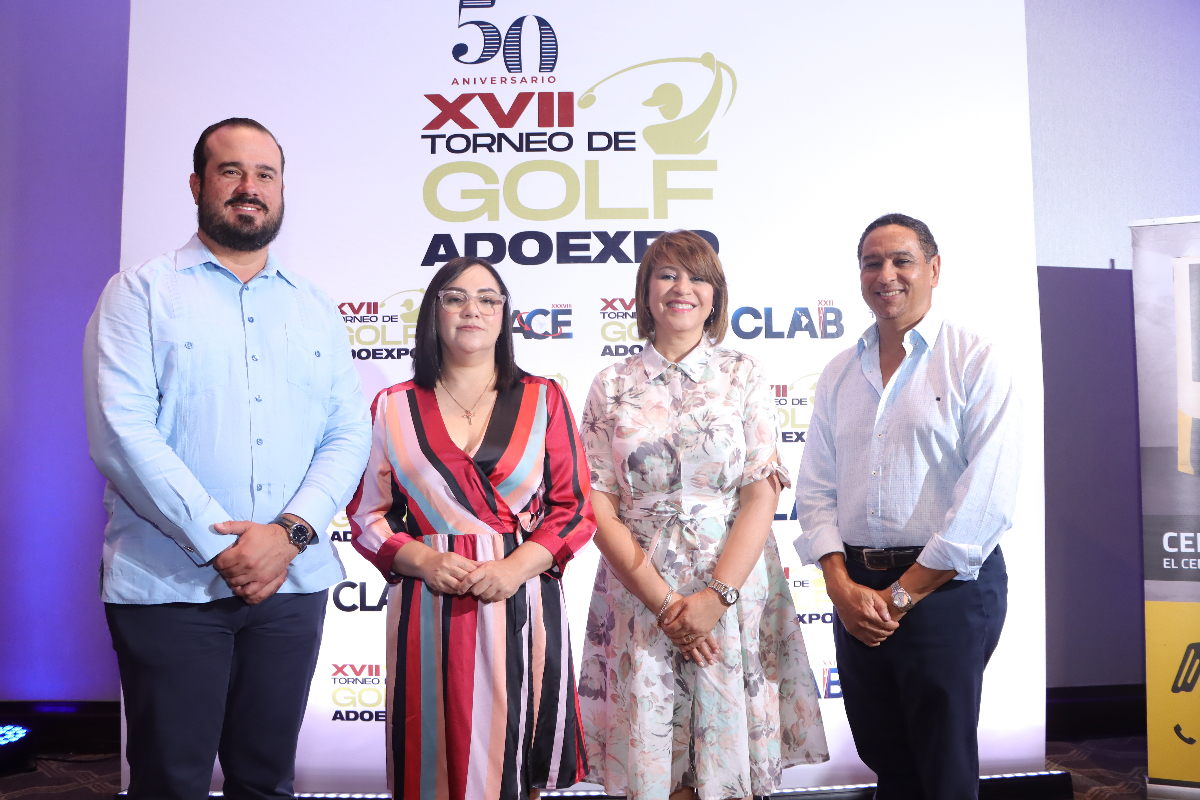 Santo Domingo, DR – The Dominican Association of Exporters (Adoexpo) announced for Sunday 18 of this month, the XVII Adoexpo 2022 Golf Cup, an edition that will have an international character because it will mark the beginning of the activities of two crucial Latin American congresses in the areas of business and banking.

The sporting competition will be held at the Punta Espada Golf Club in Cap Cana, with a hundred business people, diplomats, executives of exporting companies, and representatives of the sponsoring entities.

As in previous years, competitors will bet on the best positions in categories “A,” “B,” and “C” under the scramble modality in pairs.

The event was announced at a meeting at the Intercontinental Hotel, headed by the president of Adoexpo, Elizabeth Mena; the technical director of the tournament, Jochi Mella and the executive president of the Asociación de Bancos Múltiples de la República Dominicana (ABA), Rosanna Ruíz.

“Starting next September 18 with this tournament, in the framework of Adoexpo’s 50th anniversary, we will be supporting these events as part of an alliance with the ABA and Felaban, which recognize the importance for the export sector, aligned with the country’s strategy as a regional trade reference and logistics hub,” he said.

Jochi Mella, technical director of the tournament, explained that in addition to the first three places, special prizes would be awarded for the Longest Drive and the Closest to the Pin.

He also said that as is customary in this competition, after the contest, there will be a trophy ceremony, multiple raffles, and gifts at the end of the event, courtesy of sponsors and Adoexpo.

The executive president of the ABA, Rosanna Ruiz, highlighted the importance of this alliance after stating that “the attendance at the CLAB and CLACE congresses of multilateral trading interests, banks, Bigtech and Fintech of the region gives us the opportunity to show, as an export and economic sector, the comparative and competitive advantages of the Dominican market, so that our country can become a hub of innovation and exports in Central America, the Caribbean, and the world.”

This XVII Adoexpo Golf Tournament is sponsored in the “Large Exporter” category by the Dominican Mining Corporation (Cormidom) and Gerdau Metaldom, while in the “Exporter” category are Cemento Cibao, Haina International Terminals (Hit), and Cemento Panam.