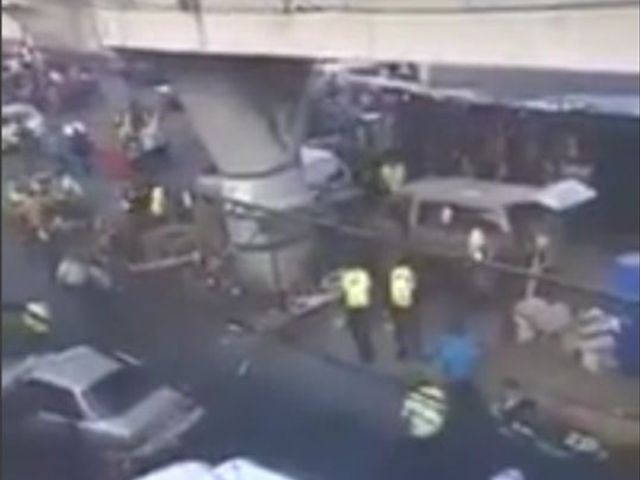 Santo Domingo.- Two bystanders were injured in a shooting incident Wednesday morning after Metropolitan Transportation Authority (AMET) agents fired shots after a public transport driver threatened the agents with injury. The driver himself was also injured in the altercation, which took place at the intersection of Duarte and 27 de Febrero avenues.

The injured woman was named as María Guzmán, who was shot in the right leg, the man, Walter Blaise, a Haitian national, was shot in the left leg, and driver Richard Féliz Canario was injured in his right leg.

According to witnesses, Féliz Canario, who drives a bus on the El Brisal route in Santo Domingo East, was involved in collision and the Amet agents ordered him to stop, but he tried to flee and they were able to stop him at the next intersection. He was seen arguing with the agents and got down from the bus with a baseball bat and a knife, threatening them with injury.

The traffic cops responded by firing several shots, one of which injured María Guzmán, who was walking to work. Blaise was crossing the road when the Amet agent was aiming his gun at the bus tire, but the bullet hit him instead. The incident occured at 8:00 a.m.