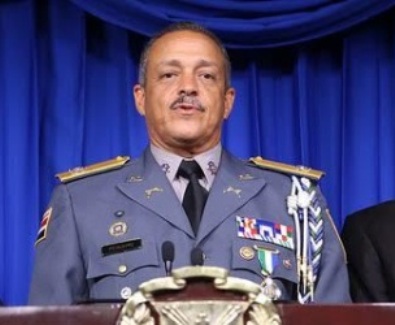 National Police spokesman Nelson Rosario made statement friday, in response to critique that Peguero’s security is much numerous than even that of president Danilo Medina.

“There was information in a media that the police director has 132 agents assigned as escorts and we can say that the director of the National Police has the men that the law and the regulations allow, but I do not have the specific amount now,” Rosario said.

He said the Police chief’s position is one of those which requires the most security.

He said the media report includes people who operate elevators, waiters which are not assigned to the National Police director, for which the number is lower.

For security expert Daniel Pou, the allegedly high number o f bodyguards assigned to the National Police director reveals a concern for his own safety.