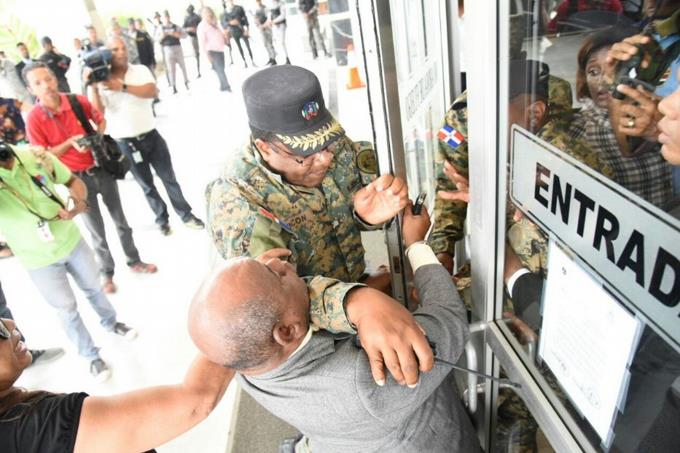 Santo Domingo.- Justice Ministry security guards on Wed. manhandled Listin Diario reporter Ramon Benzan, when he sought information on the visit of lawmakers to that institution, headed by Alfredo Pacheco.

The incident is the latest impediment to the work by the media, by government agencies amid growing tension in the country mired by rampant corruption and impunity.

At first it was said that the order to bar the media’s entry had been issued by the Justice Ministry Press Office, but was later denied by that department.

San Cristóbal mayor Nelson Guillén was also stopped when he tried to enter the Justice Ministry.

Pacheco and the other lawmakers went to meet with prosecutors Rodolfo Espiñeira and Bolívar Sánchez to discuss yesterday’s incidents, where a committee of deputies was barred from entering the building by police which fired tear gas.