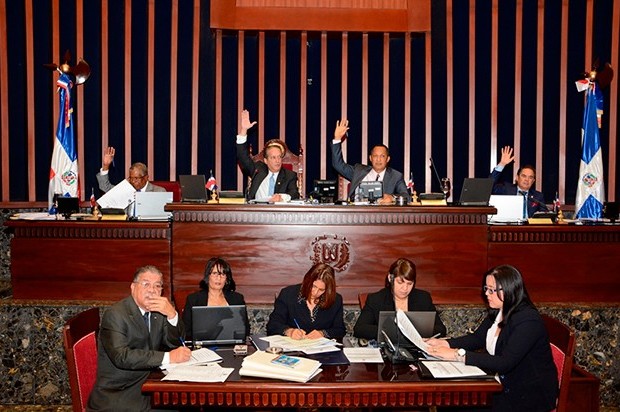 Santo Domingo.- President Danilo Medina on Thur. signed into Law the bill against Money Laundering and Terrorism Financing, which repeals Law 72-02, of June 7, 2002.

The Senate approved the bill for Law 155-17 last Wednesday, and includes regulation of lotteries and betting parlors, but excludes S & Ls and cooperatives.

For money laundering the law sets a minimum of 10 years in prison and doubles the existing fine, in addition to the confiscation of property.

For officials who conspire with regulators to launder money or by omission, or disclose confidential information to third parties, the incarceration is from 6 months to 2 years.

This new legislation is a great step forward because it incorporates the new international standards against money laundering and terrorism financing, as recommended by the International Financial Action Task Force (FATF), the international agreements signed by the Dominican Republic and UN resolutions as well.