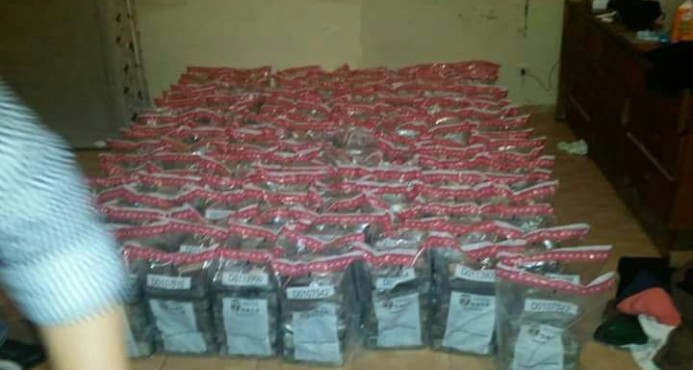 The drug was found in a closet of a two-level house that was guarded by a Colombian national, identified as John Perozo.

The search took place at 7pm Tuesday, after more than an hour-and-a-half of police raids in the area, accompanied by San Pedro province prosecutor, Carmen Mohammed.