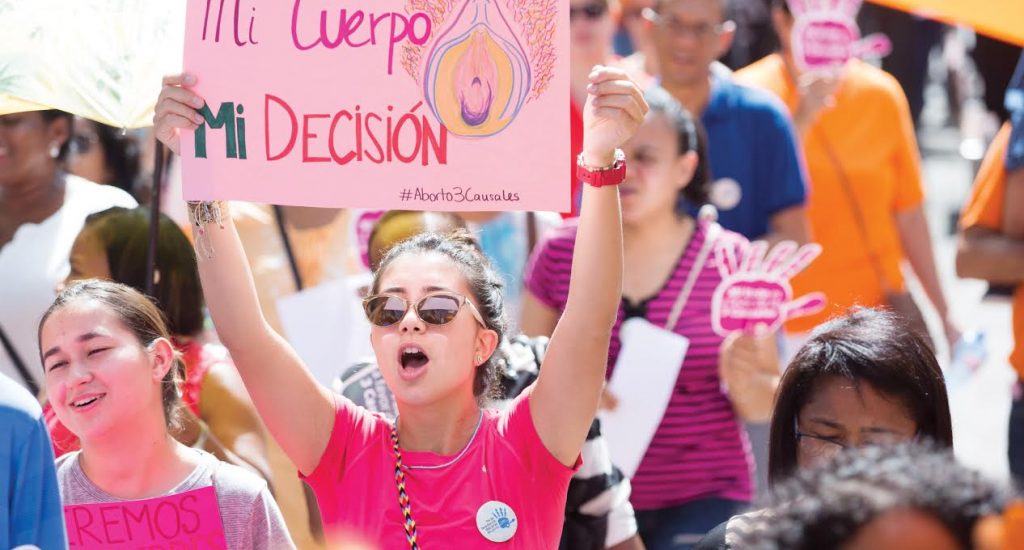 Santo Domingo.- Hundreds of women on Sunday urged deputies to approve abortion when the pregnancy puts the woman’s life at risk if it results from rape or incest, or when the fetus has no chance of surviving outside the uterus.

During a rally in Santo Domingo’s Colonial City, the women gathered at Independencia park, where they read a statement calling for an end to punishment of abortion, without exception, because it “would violate the Constitution and international conventions.”

“The criminalization of abortion in any circumstance conspires against the physical and moral integrity of women,” said spokesperson Arelis Ferrer.

She said 13% of maternal deaths are caused by illegal abortions. “There are about 35,000 abortions a year in the country, a figure that could be higher because this practice is performed clandestinely because it is prohibited.”