8 sentenced for 6 underworld murders in Santiago 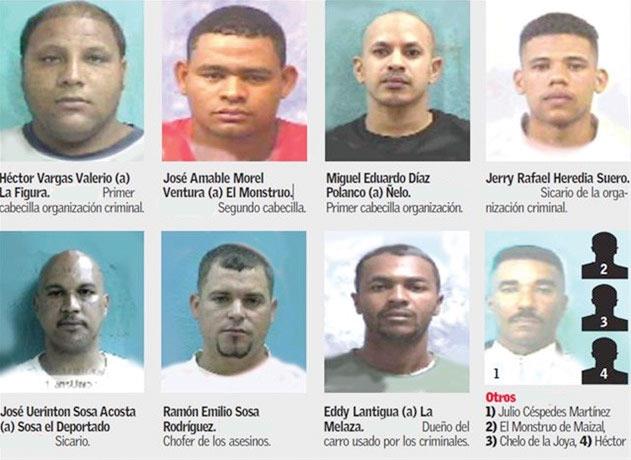 Santiago.- A Santiago province court on Thurs. handed down sentences as long as 30 years in prison for eight people found guilty of the drug-related murders of one Dominican and five foreigners six years ago in the country’s second biggest city.

Sentenced to 20 years in jail were Eddy Antigua (Melaza), while Elba Benita Diaz Polanco and Noyra Altagracia Rosario will spend 10 years behind bars.