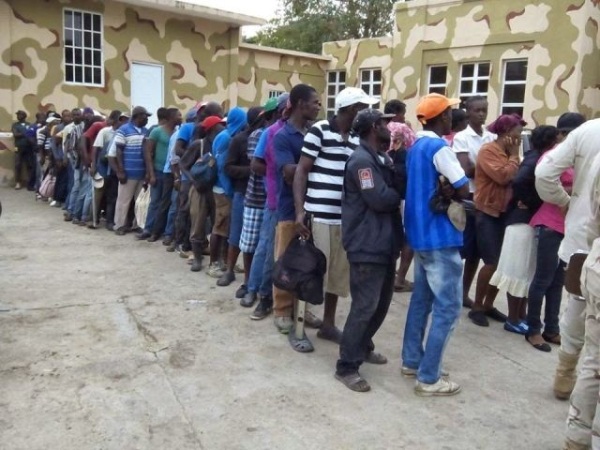 Santo Domingo.- Dominican Republic’s deadline for the143,000 immigrants who registered for the so-called Plan to Regularize Foreigners to complete the required forms expires Monday.

And although social organizations have said they’ll request another extension, the Government has yet to respond.

The issue has reemerged over the last few weeks with reports of massive arrivals of undocumented immigrants, as well as the repatriation of thousands of aliens.

The raids to detain undocumented Haitian immigrants have currently increased across the country, while the Defense Ministry heightens controls at border crossings.

“The Armed Forces are playing their role along the border to preserve order, not only on land, but by air and sea,” said Defense minister Rubén Darío Paulino, who denied violation of deported Haitians’ rights, as denounced by Haitian ambassador Idalbert Pierre-Jean. As of April, 30,000 Haitians had applied for the document.