Unusual! 143 marijuana plants occupy the roof of a grocery store 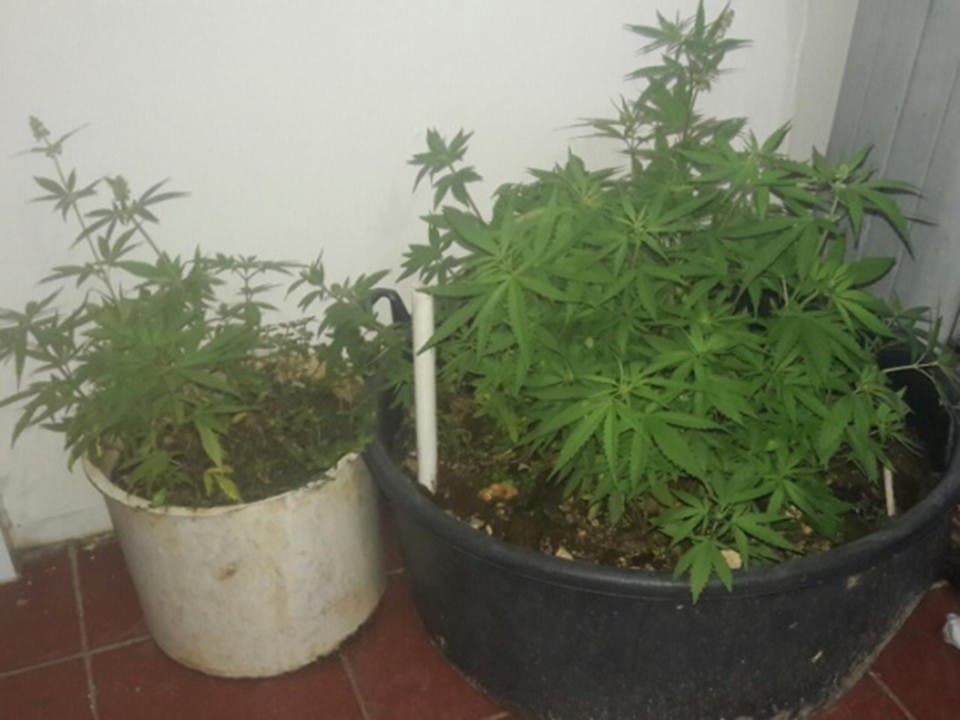 Police agents, attached to the Central Antinarcotics Directorate (DICAN), seized 143 plants of a green vegetable that is presumed to be marijuana, grown in a seedbed, located on the roof of a grocery store in the Enriquillo sector, Sabana Perdida, Santo Domingo North.

The plants, occupied in two plastic containers with soil, were immediately sent to the National Institute of Forensic Sciences (INACIF) to verify if it is indeed marijuana.

The preliminary report indicates that the supervised intervention had been carried out on Brisas del Ozama street at the corner of Colón, near the grocery store on whose roof the green plants and characteristics similar to marijuana were seized.

The anti-drug action was deployed in response to intelligence work that indicated that at the aforementioned address, there was a controlled substance sale point operated by a man identified as “Grillo.”

The report indicates that the “Grillo” and other alleged drug dealers who accompanied him fled when they noticed DICAN agents’ presence.

He adds that following up on the intelligence reports is that the seedbed with the alleged marijuana’s 143 plants is found.

The anti-narcotics agency also reported that several people were detained for investigation purposes. Simultaneously, the location of “Grillo” is activated to arrest him and bring him to justice via the Public Ministry.

DICAN will provide further details of this case in due course, as the investigation process progresses.