‘Extra’ lane aims to ease traffic on the busiest highway 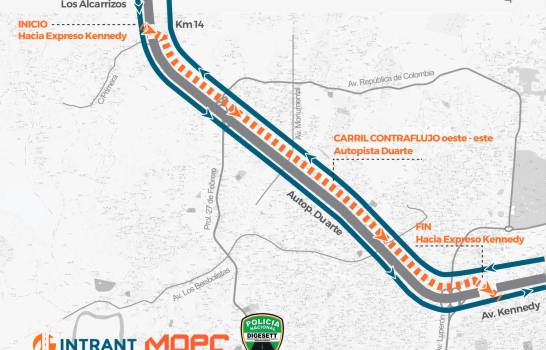 This morning, the Traffic authority (Digesett) and the Ministry of Public Works implemented a new measure on the Duarte highway in the direction from the North (Cibao) to the National District (South).

It is about “adding” a temporary North-South lane, where every day the jam is at least 20 minutes and up to one hour, and “removing” a lane from the traffic of vehicles in the opposite direction South-North, for where the traffic is very fluid.

The measure is implemented 14 kilometers north of the city , where a merge lane was opened to get back onto the Duarte highway.