Thousands fewer leave the Capital and travel to the towns 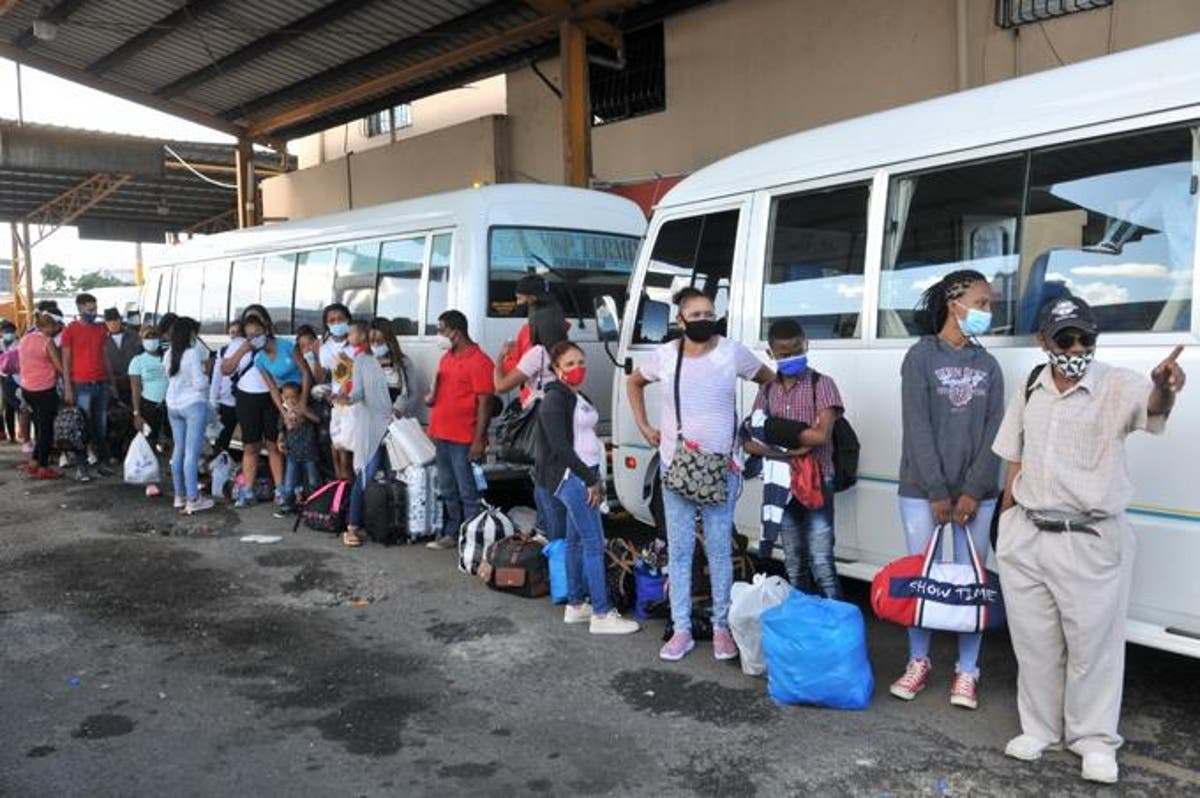 Yesterday, passengers were standing in long lines to travel to different provinces in the south of the country to spend Christmas with their families. Photo: Adriano Rosario. Daily Listing.

This year has been atypical for everyone. By this time of year, the main bus stops that go to the interior of the country remained crowded with people looking for seats to travel and visit their families.

However, this end of the year has been different and at the bus stops that travel to the South and Cibao the flow of passengers was sluggish, according to drivers and collectors interviewed by LISTIN DIARIO.

They stated that the arrival of passengers remained slow all day, and attributed it to the measures to prevent the spread of the coronavirus.

“Things are slow and difficult because there is no money,” said Luis Jimenez, a collector on one of the routes located on Kilometer 9 of the Duarte Highway.

He desperately looks for passengers around the bus stop to guide them to the buses.

Although at least two lines were observed at the site to board the buses, without respecting the social distance, the collectors assured that it was not a significant amount, unlike other years.

“That line you see there is a little line compared to the ones that formed in other years, which reached that corner,” said the young man pointing to one of the spaces of the stop.

“Come on, the bus is empty and it’s almost gone,” shouted another collector of the route when he saw that some people were arriving to go to Elías Piña.

Other collectors and assistants jumped on the motoconchos when they saw that they were going to park at the bus stop to drop off a person.

The same thing happened with the public cars that stopped at the place.

In spite of the situation, the drivers and collectors have not altered the prices of the ticket.

“Everything remains the same, the fare and everything because we know that people don’t have money due to the pandemic, imagine if we were to increase the prices,” said Medina.

The few passengers who go to this route carry small packages and wear masks.

The famous Christmas baskets and gifts that passengers used to bring to their families were scarce.