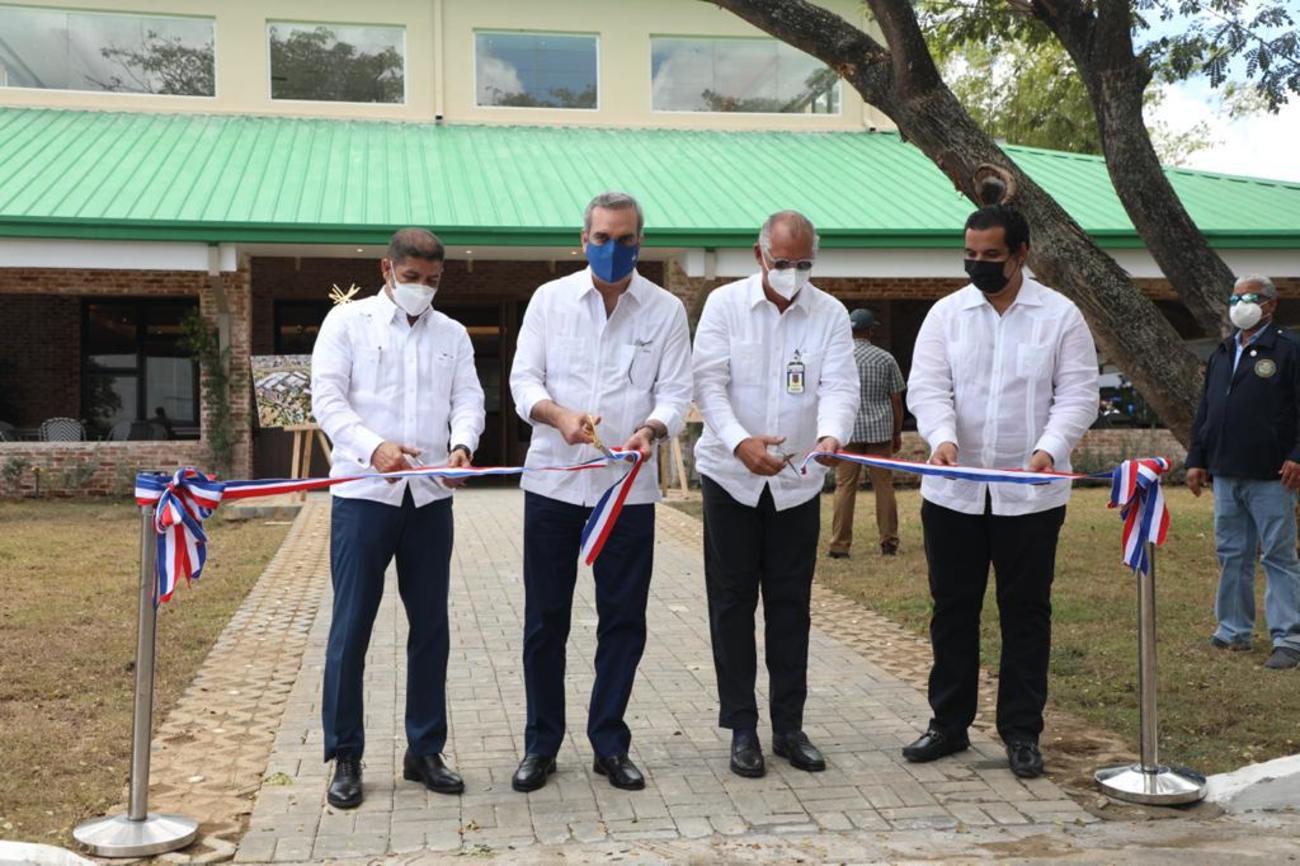 President Luis Abinader led the inauguration of the binational project./FE

President Luis Abinader inaugurated the expansion of the binational project Paseo del Chachá in the agro-industrial complex Villas Codevi yesterday, with a new nutritional center, where the production of 15,000 daily rations of food to be sold at affordable prices to nearby communities is estimated.

This initiative promoted by the M-Codevi Group, headed by businessman Fernando Capellán, represents a boost for Dominican and Haitian communities’ economic mobility because it will encourage sustainable-community tourism and ecotourism.

Capellán emphasized that this binational model seeks to strengthen and expand the generation of new sources of employment on the border and boost its overall economy.

In highlighting the importance of the binational business model promoted at the Codevi Industrial Campus, he said that it would significantly impact the dividing line that separates the Dominican Republic and Haiti.

“With the Paseo del Chachá, 90 jobs have been created for people residing in Dajabón. This space, which houses 110 hotel rooms, aims to promote sustainable-community tourism and ecotourism,” added Capellán.