Abinader’s government is at its worst moment 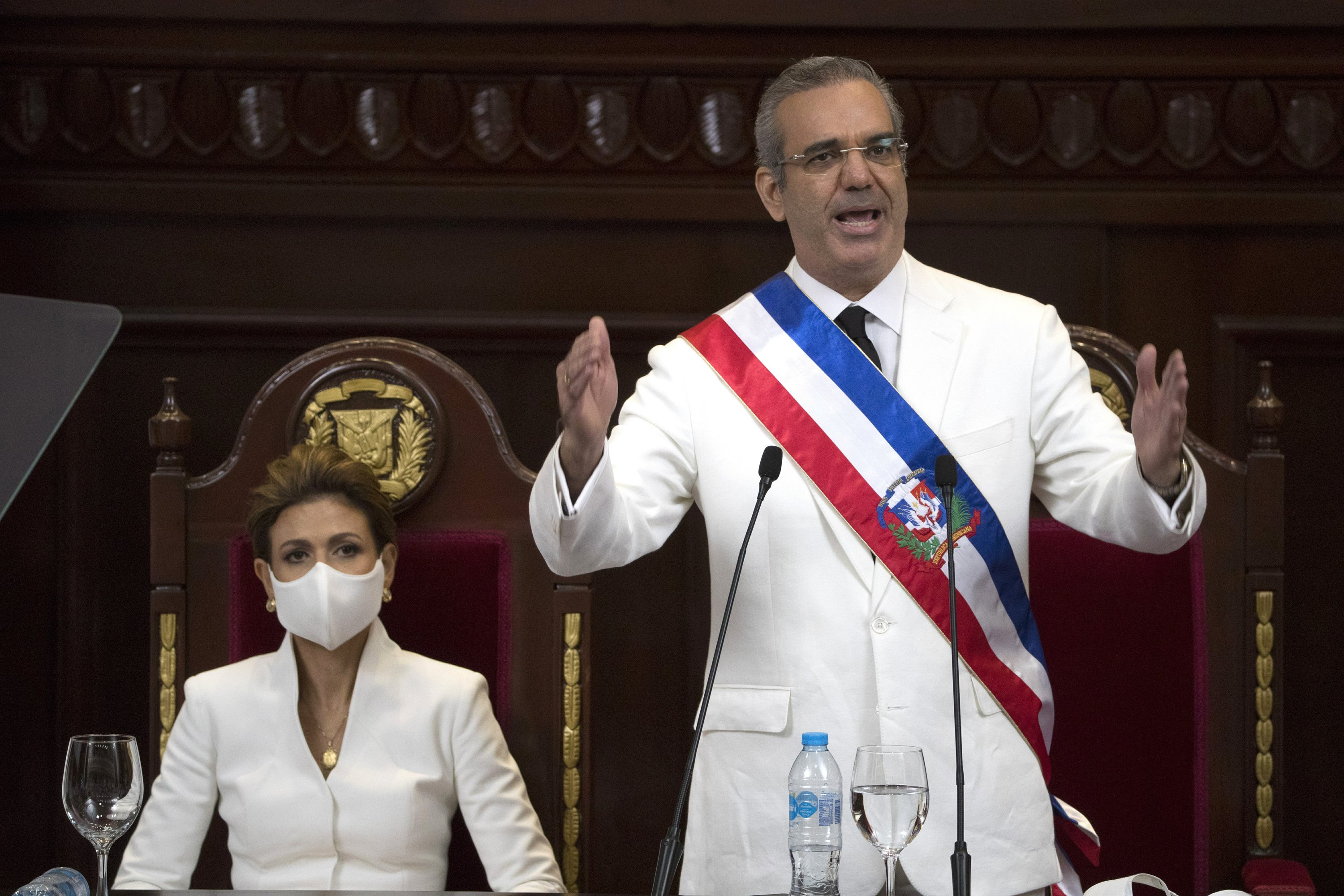 Through no fault of his own, just eight months into his term in office, the government of President Abinader is going through its worst moment, with the COVID-19 pandemic threatening to spread due to careless public behaviors and the National Police on all four corners.

Abinader’s adversaries pay lip service to the tribulations his regime could be going through. With supporters in historical trials and others waiting to be called to the courts, some suppose that their situation could improve if the government weakened.

Fishers of troubled rivers do not count that it could be the opposite because the bleachers call for blood. Abinader has said every time there is a case that merits the action of justice, as in the recent case of a patrol that mowed down some young evangelicals, that he cannot intervene.

To face the pandemic, the efforts of the regime are enormous, the expenses are considerable, and its word is that the people assume the best practices of using masks, distancing themselves, and maintaining cleanliness, all in the hope that before the end of the year the country will be vaccinated.

Vaccination has progressed well. Concerned, the governor went on Monday to see how things were going at a vaccination center at the Pedro Henríquez Ureña National University (UNPHU) without leaving his schedule. Still, the Holy Week holiday threatens the work.

Perhaps all that has been accomplished, as warned by the Dominican Medical Association and specialists, could be damaged by the Dominican propensity for parties, relaxation, and alcohol consumption, which also affects the diminished economy of those partying.

The efforts of the regime are remarkable. The Ministry of Public Health responds promptly to those who ask for information about where they should be inoculated with the first and second vaccines. In my case, after asking, I received exact data.

It is feared that outbreaks of the pandemic are already emerging due to a long Holy Week holiday that served many to congest the roads to the resorts and recreational places with parties and drinking without contemplation.
One of the results of this iniquity, apart from the damage that an increase in the pandemic can cause, is the covert release of some varieties of drinks distilled in backyards without the slightest hygiene and laced with poisonous chemicals.

Some of these beverages, linked to Haitian rums such as clerene, have been sold for some time in grocery stores in the popular neighborhoods of the capital. The buyers and the “colmaderos” know what they are doing. The illegal drinks are camouflaged.

The Police know everything in the neighborhoods; they understand that the adulterated drinks with high alcohol and chemical content are sold to the public with too low a budget to buy regular rum, despite the local beverage’s moderate prices.

The PN in disrepute

The murder of two young newlyweds of the evangelical religion at the hands of a police patrol in Villa Altagracia has highlighted what has been said so often, including in several analyses that have been published over the years: the uniformed Police is a brutal institution.

It may be surprising that the current police force is not very different in its methods from that of the 12 years of Dr. Balaguer’s regime, which inherited all its officers from the security, military, and Police services of the Trujillo Era.
In my ruminations with Major General Neit Nivar Seijas, while we both coincided as diplomats (he as military attaché and I as Counselor and Consul General) at the Dominican Embassy in Washington, D.C., the subject of police brutality always came up.

Nivar Seijas, of the old guard left by Trujillo, had been of the “loose” line of the Balaguer regime that ruled from 1966-1978. Both military and political, he saved the lives of some of Balaguer’s deadly opponents, such as the Matos Moquete brothers. The opposition was the “hardliners,” who showed little mercy.

Manuel and Plinio, survivors of those days, spoke many times at his residence in Washington, D.C. between 1979-1980. He never gave me a clear explanation as to why the mentality of the Police did not change. Asking the question now, 41 years later, leaves the same concerns.

Some conjecture from his lips told me that many educated young men did not want to join the Police. Still, the Police preferred brutes anyway, from the most backward areas of the country where the militia was the nourishing source of employment.

Nivar Seijas was sincerely affected by the murder of journalist Gregorio Garcia Castro, who had introduced him to me after the arrest of Manuel Matos Moquete. In D.C., he repeated his feelings towards this journalist friend, a sort of honorary advisor.

The brutes in the PN

The police officers laughed when a chief proposed that among the requirements for entry should be a high school diploma, something that is maintained for those who enter the academies. Police officers continue to look down their noses at civilians and say they are not people. They do not believe in the ideas of human rights.

Some of those who ran it and left it without leaving a commendable job now suggest that the newly formed commission for the transformation of the Police will not succeed. Irreverently, one of these generals suggested that the president was ill-advised.

The Police has not changed in more than 40 years because, in addition to its repressive and brutal work, the governments’ inability to stop corruption, tolerance with narcotic drugs, and the construction of “Caletas” since fortunes cannot be sheltered in the banks.

By proclaiming that the PN will be reformed “whatever it takes,” President Abinader has pledged his word in a case that in one way or another affects the majority of Dominicans, because of the betrayal and the threat to personal security, as all but the triggermen, look in the mirror.

If President Abinader has any respite, he has widespread support, according to the polls. According to the Central Bank data, the economy is projected to grow, reconfirmed by the International Monetary Fund (IMF) and the World Bank.