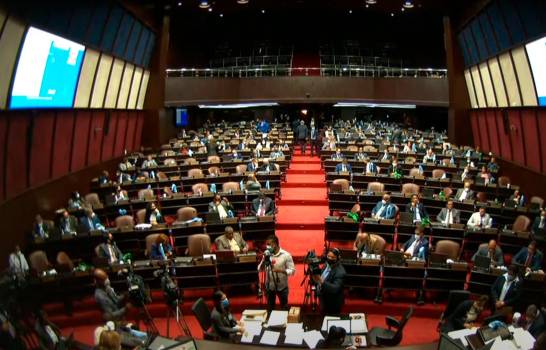 The Chamber of Deputies approved the resolution through which the state of emergency is extended for 45 more days, as from May 30, following a request of the Executive Branch.

The initiative had been approved in the Senate on May 18.

In the letter sent by President Luis Abinader on 14 May, he emphasizes that it is necessary to maintain the curfew and other measures of social distancing, which are adopted during the state of emergency.

During the debates, deputy Dionicio Rodriguez Restituyo said that the Dominicans for Change block and the Broad Front would vote to extend the state of emergency.

However, he called on the Government to boldly adopt more drastic measures such as closing establishments or related to the sale of alcoholic beverages.

He also urged the Executive Power that if the citizens do not cooperate in maintaining the distancing and hygiene measures, enforcing the Constitution states that the population must cooperate and act with responsibility in the face of sanitary situations such as the current ones generated by the pandemic.

The spokesman of the PLD block, Gustavo Sanchez, said that his party, given the resurgence of COVID-19, will again support with its favorable vote the extension of the state of emergency.

However, he questioned the “not very creative” actions that, in his opinion, have been taken by the Government, which he considers only seeks to limit the fundamental rights of the citizens with the curfew and with the limitation of time so that fewer competitors can compete in the processes of purchases and public contracts when they are carried out in emergencies.

“Let the record show that we are watching them,” he said.

Sanchez believes that the authorities are incoherent and improvised and should take innovative measures to not produce yet “more of the same.”

PRD spokesman Héctor Féliz also said that this block would support the approval of the state of emergency. However, he questioned that the lower house does not supervise what the Government is doing in these circumstances.

He requested a report from the president of the Chamber of Deputies, Alfredo Pacheco, on what a commission of that hemicycle is doing to evaluate the actions of the Executive Power in the states of emergency that the National Congress has approved.

“This has really hit me and my family hard” since two of his brothers lost their lives due to COVID-19, he admitted.

After nine deputies presented their opinions on the request for the extension of the state of emergency, the president of the Chamber of Deputies, Alfredo Pacheco, ordered the closing of the debates.