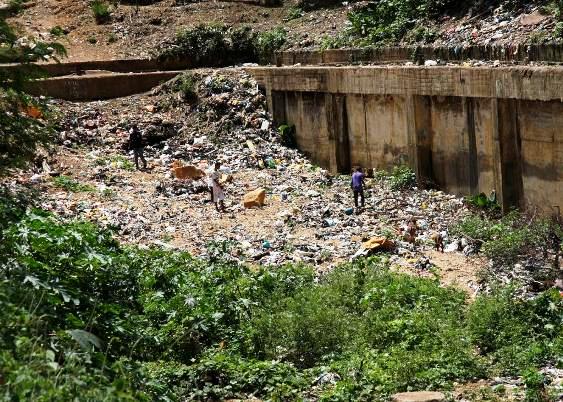 Santo Domingo.- The Minister in charge of Strategic Projects and Special Programs of the Presidency (Propeep), Leonel -Neney- Cabrera, revealed that 14,000  tons of solid waste are produced daily in the country, of which only 10,000 are collected. The rest goes to the rivers and streams.

Cabrera said for that reason, Propeep is developing the ECO5RD project through which the intervention and technical control is executed, in its first phase, of 11 landfills of the 356 that exist nationwide.

“It is a very genuine concern of the Government and, furthermore, of being the first to worry about starting to solve the problem. It is a contradiction to make a great effort to try to attract 10 million tourists a year and, nevertheless, we had tourist destinations without control of the final destination of solid waste.”