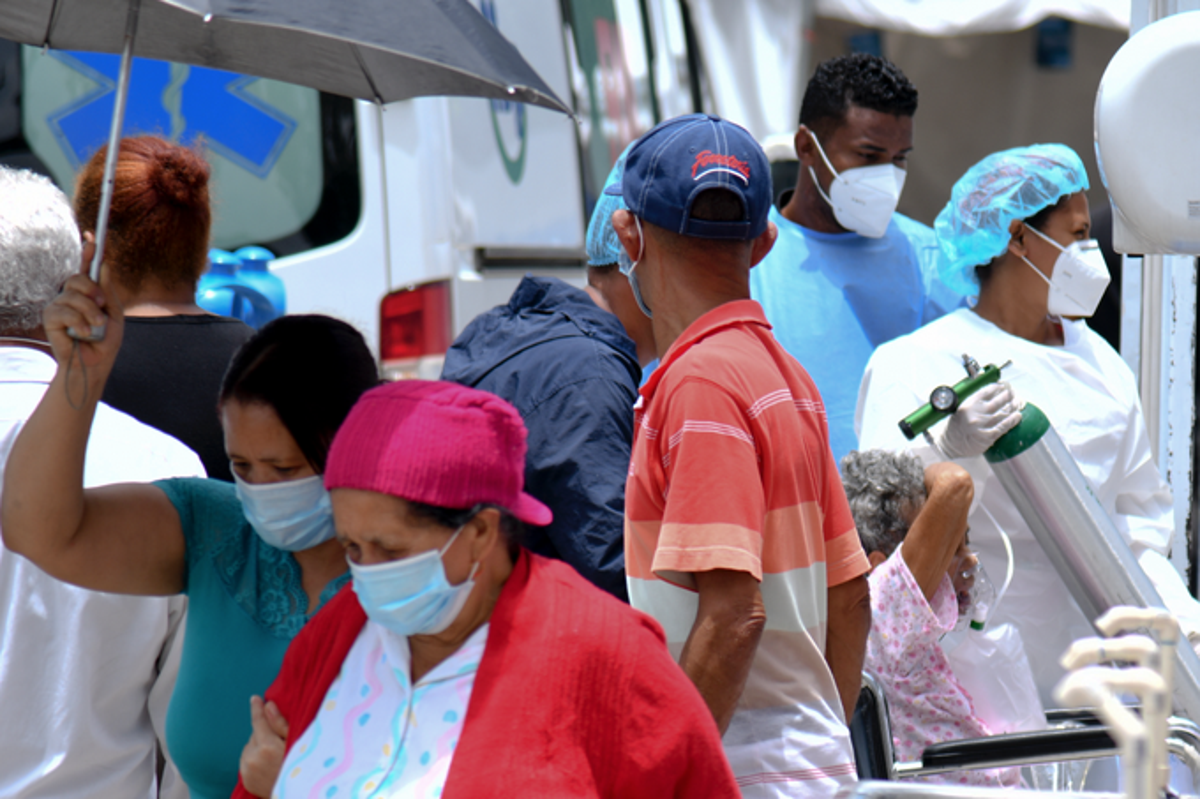 A few weeks ago, the province showed a focus on infections along with Santo Domingo and the National District; yesterday presented an alarming number of 114 new cases.

This Wednesday, the Ministry of Public Health reported nine deaths in the last 24 hours due to Covid-19, the second consecutive day in which this figure has been reported.

These new deaths bring to 3,726 the number of deaths due to the lethal virus affecting the country since the beginning of March 2020.

The province of San Cristóbal, which a few weeks ago showed a focus of contagion together with Santo Domingo and the National District, yesterday presented an alarming number of new positive cases: 114, making it, together with those already mentioned, one of the provinces that have registered the most infections, accumulating to date a total of 10,432.

The number of new positive cases presented in epidemiological bulletin number 454 amounts to 1,442, after three days without exceeding 1,000. The list is headed by Santo Domingo with 454 new infections, for a total of 68,815.

The Dominican capital is followed by the National District with 326 new infections, for 88,152.

Three cities, two of them with high infection levels, have exceeded 500 deaths during the year and three months that the pandemic has been affecting the country.

Santo Domingo has registered 739 deaths; the National District has 587, and Santiago has accumulated 568 fatalities and 30,893 positive cases reported yesterday.

On the other hand, the figure in San Cristóbal amounts to 195 deaths, but there are other provinces such as Duarte, La Romana, and La Vega with numbers exceeding 200 deaths.

Among the provinces with the fewest deaths so far are Samaná with eight deaths, Elías Piña with six, and Pedernales.

The daily positivity has continued to increase, standing at 24.09%, while that of the last four weeks stands at 17.91%.

Meanwhile, 491 Intensive Care beds are in use out of 668 in the health system.

According to the bar chart included by the General Directorate of Epidemiology in its daily epidemiological bulletin, July 2020 and January 2021 have been the deadliest months.

During the first, contagions were seen on the rise following the presidential and congressional elections in the country.

While the second peak was the result of the brief opening during the holiday season.

It should be noted that, according to journalistic records, last July, week after week, the number of deaths surpassed the hundreds, ranging from 804 to 1,101 deaths reported by Public Health.

The Francisco Moscoso Puello hospital has a lower flow of patients in the emergency rooms of the covid-19 area. However, the Intensive Care Unit beds are all full due to the worsening health of some inpatients.

“It feels like we are a little softer, it has gone down a little from yesterday to today, let’s hope it continues like this,” expressed Indira Jimenez, who is in charge of the covid area.