Cuban embassy dawns guarded by members of the National Police 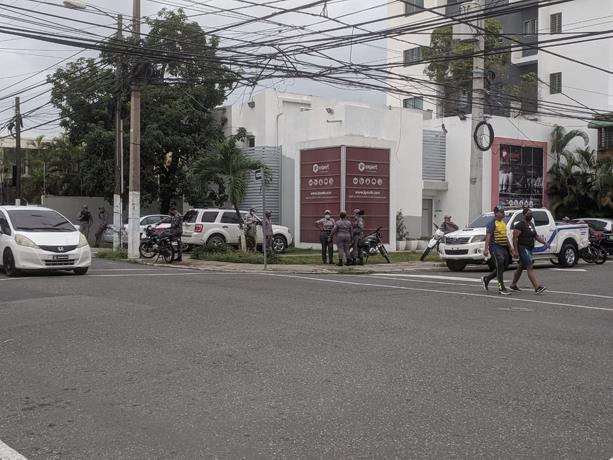 With a member of the Dominican National Police deployed in the surroundings, the Cuban embassy in the Dominican Republic remains this Monday, after the recent protests in the Caribbean nation.

The agents are established in the streets of Teodoro Chasseriau and Hermanas Roque Martínez in the El Millón sector. These parallel roads enclose the facilities of the highest representation of the Cuban authorities in this country.

Representatives of the Cuban embassy received a team from the Listín Diario, but they preferred not to issue any official statement.

On Sunday, hundreds of Cubans took to the streets of that country to protest against the Government in a march that the world saw through videos posted by citizens on different social networks.

The collective unrest occurs right in the middle of a problematic health and economic situation for that country.

This Monday, Cuban President Miguel Díaz-Canel appeared on national television and said that the massive protests sought to “fracture the unity of our people.”