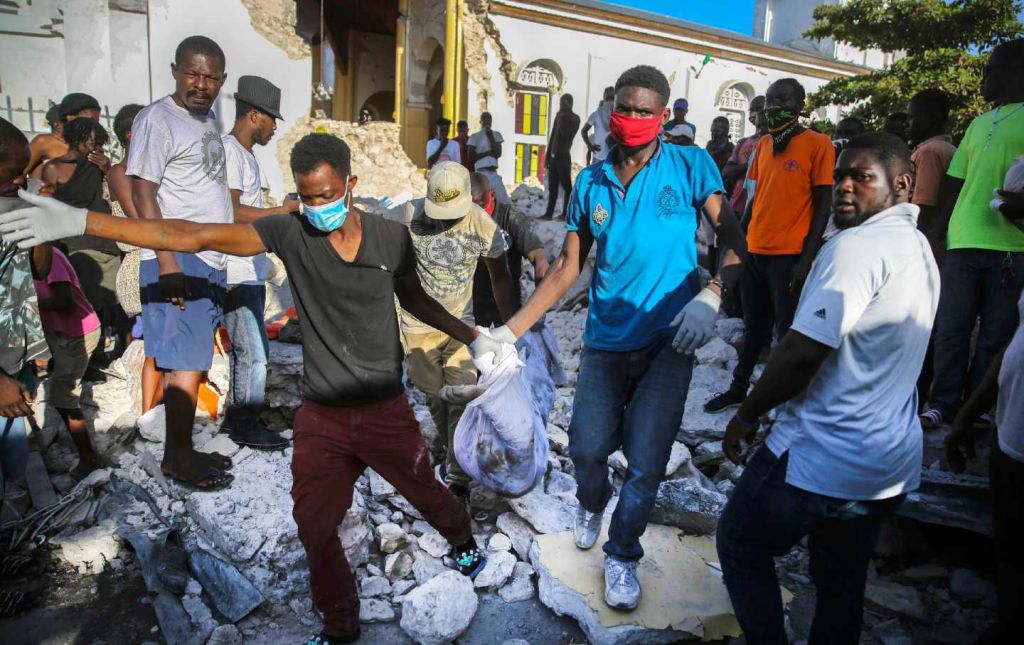 The effects of the quake have been devastating throughout the southern peninsula. (AP)

The death toll from the August 14 earthquake in Haiti rose to 2,248 people, while another 329 remain missing and 12,763 were injured, according to an official bulletin published Monday by Civil Protection.

The new balance of victims means 41 confirmed deaths more than the last official data, published two weeks ago, while the number of disappeared fell by 15.

The earthquake of magnitude 7.2, registered in the southwest of the country, has destroyed 53,815 homes, causing damage to another 83,770 houses and left at least 690,000 victims.

Nearly 25,000 people remain displaced and housed in some 60 informal meeting points, which have been identified by the International Organization for Migration (IOM).

The search mission for survivors officially ended last Friday and was supported by rescue teams from Brazil, Colombia, Chile, the United States, France, Mexico, and the United Kingdom.

According to the balance of Civil Protection, the effects of the earthquake have been devastating throughout the southern peninsula, where there has been damage to roads, four ports, and 62 medical centers.

Similarly, 566 schools were damaged, and another 171 were destroyed, representing 16% of schools in the region.

Due to the destruction of schools, the Haitian government decided to postpone the start of the school year for fifteen days in the southern region, where classes will begin on October 4, while in the rest of the country, they will begin on September 21.

When will the AYITIAN Government will take care of their Own people ?