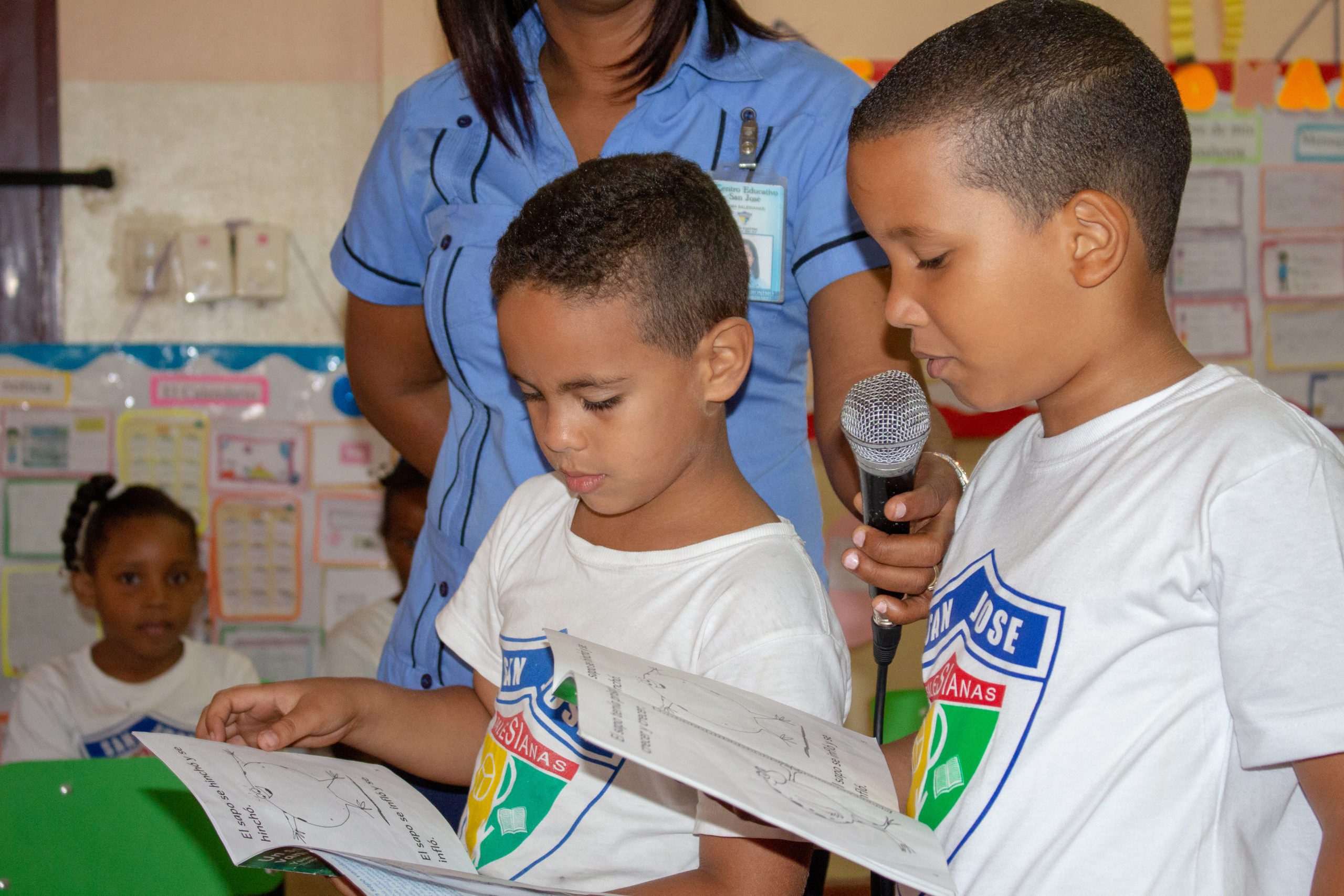 The recent publication by the Ministry of Economy, Planning, and Development (MEPyD), to the effect that 62.3% of the Dominican population of 10-year-olds could not understand the reading of a simple text, caused great concern.
It was disconcerting. It seems impossible to conceive that a new generation in the Dominican Republic lacks the necessary skills or abilities to decode a text and discern its meaning.

However, this was not just a finding of the government agency in charge of economic analysis and national development, but the results of a regional comparative study conducted by UNESCO in 2019.
Added to this, of course, are the disastrous results obtained in the last participation of our country in the Pisa exams, in 2018, where we came in the last place in the overall average in reading, below the average of OECD and Latin American countries.

It is, then, poignant to see how our students, especially the youngest, who represent the hopeful force of the future, lag compared to their peers in the rest of the world.

This becomes even more important if we consider that this is taking place in what has been called the information and knowledge society, where the real added value is no longer in manufacturing or production but in the world of knowledge and ideas.

But why do our children and young people find themselves in this disadvantageous condition? What are the conditions that prevent them from better reading comprehension and better academic performance with it?

One of the factors that we can identify is that the Dominican school has not implemented a proper reading plan. This is achieved mainly by selecting appropriate texts for each age group, which should be available, especially for those students whose parents do not have the economic capacity to acquire them.

Role of libraries
This is precisely where it can be best appreciated how essential libraries are in our country’s educational system. According to the Pact for Education, signed in 2014 by the leading political figures, the commitment to have school libraries was established.

Naturally, the establishment of libraries will require, in turn, the need for librarians, who are the specialists in charge of serving as guides to identify the appropriate texts to be read by students, depending on their age and school level.
Reading, as is known, consists of a process of decoding signs or letters, which in turn form words, phrases and ideas. If children do not know the meaning of words because they have an insufficient vocabulary, it is evident that they will not fully understand the meaning or context of what they are reading.

Currently, a UNESCO institution, the Regional Council for Book Development in Latin America and the Caribbean (CERLALC), the Dominican Republic is a member, can coordinate with our librarians to select appropriate texts according to the intellectual evolution of our young people.

In their formative stage as young readers, our students need to be appropriately oriented, in the case of fiction readings, such as stories and novels, to be able to decipher the plot, identify the characters, understand the context; and, as a consequence, develop creative capacity and imagination.

Likewise, develop skills to interpret informative texts. Thus, it builds logical capacity, analytical sense, and critical thinking. As a whole, more extraordinary conditions to argue, improving their levels of communication, both oral and written.
In addition to school libraries, it is essential to establish library networks at the national level to have an actual book and to read promotion policy to have a good book and reading promotion policy. Thus, we would have a well-equipped National Library, university, municipal, and mobile libraries.

Between limitations and possibilities
If more than 60% of our 10-year-old schoolchildren cannot understand simple basic reading, it is not their fault. Instead, it is due to an educational system trapped in the nets of the past. A system in which schools lack libraries, reading is not encouraged, and there is no selection of books according to age or school level.

In short, students sometimes do not even have access to the most elementary and essential of books: the dictionary, without which they will not be able to find the meaning of the words they do not know, and therefore, they will be deprived of the fundamental tool that allows access to knowledge.

It is not that nothing has been done in our country to promote books and reading over the years. Starting in 1997, international book fairs began to be held, attended by publishing houses from different parts of the world, with offers aimed at audiences of different ages. Furthermore, 2007 was declared the Year of the Book and Reading, and the following year, 2008, the Book and Reading Promotion Law was enacted. This legal provision announced the reading promotion policy and creating a national library system to be of national interest.

The National Library was remodeled entirely during those years, and resources were allocated for a significant acquisition of books. The Pedro Mir Library was built at the Universidad Autónoma de Santo Domingo, as well as in each of the university extensions of the UASD in Bonao, Santiago, Mao, Puerto Plata, Nagua, San Juan, Barahona and La Altagracia. In addition, several municipal libraries were built, and support was provided to various neighborhood library centers.

Today, our young people receive a great deal of information, especially through digital media. Of course, there is nothing negative about this in itself. But it requires the habit of reading to process this information and turn it into knowledge.

That ability, in turn, is what will allow our young students to take full advantage of the opportunities that society and the knowledge economy offer us. Our future as a nation rests on the chance that this new generation can mold their intelligence, equip themselves with knowledge, and cultivate ethical values to transform their social environment.

This article was terribly written. The irony.